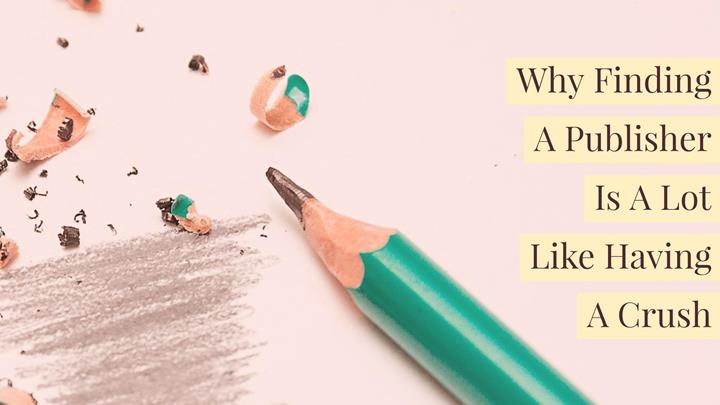 Betty tugged at her bra, digging deep between the rolls of back-fat to find the band. It cut into her ribs choking the life out of her. Stupid Moira, she shouldn’t have listened to her. What was she thinking? Push-up bra. It pushed so much it felt like her tonsils had grown back.

She picked up her arms, trying to cool down. She shouldn’t have worn this top. Please don’t let there be sweat patches, she begged. Who was she kidding? She didn’t stand a chance. She smoothed down her frizzy hair and checked her reflection in the glass door for zits. A new one was forming, but she’d have to deal with that later. No picking in public – her mother’s voice echoed in her head.

The bell rang. She shrunk back, wishing the lockers would swallow her. She glanced at the bathroom door. Too far. She was stranded. He’d see her anyway. Breathe deeply, Betty, you can do this.

He stepped into the hall and the world slowed, just a little bit. Tall and lanky, he swayed across the passage. He swung his bag to his other shoulder and said good-bye to his friend, double stepping to avoid falling over. So cute. His fair-isle pullover was a riot of bottle green and maroon. The fluorescent lights glinted off his braces as he ran his tongue over them. He was so close. She wanted to run. He pushed his glasses back, his lenses greasy, and turned towards his locker. He almost walked into her.

“Oh!” Betty’s knees gave way a little. The whites of his eyes were slightly yellowed, like clouds of partially dispersed sulphur gas. She had never been able to withstand the electricity of his gaze.

“Hey, ah Betty.” He said this slowly. His eyes moved from side to side. Years of toilet gags and locker room tricks had made him wary.

“Arthur,“ her voice cracked. She cleared her throat and shoved her books to her other hip, “I wanted to know. Ah, I have this question for my project about trajectories and velocity and ah, thrust.”

“Ahem,” he rubbed his nose. His glasses bopped up and down. She tried to calm her beating heart. “Thrust?” he said.

“Uh, um, I am already talking about thrust with Melody.”

And then, Betty wanted to die. She stood there. Humiliated. Rejected. Why finding a publisher is like having a crush

Submitting my manuscript is a lot like this. Sweating, terror and risk all included. You spend months watching them, learning their likes, their dislikes, their routines. Stalking is a very strong word, but you get the idea. You make sure you look your best. Breath fresh, lip shaved before you take the plunge.

You do the same to your manuscript. You make it perfect. You write it and then you rewrite it. You groom it. Then you risk all. You bare your soul to your crush. The big difference, of course between confessing to your crush and submitting to your publisher, is your crush can kill your dreams in an instant. The publisher takes three months before they hand your heart back to you on a silver platter.

But the time has come; my self-imposed deadline has been reached. I must once again push away from the lockers and walk up to a crush and confess my love. And I am absolutely terrified.