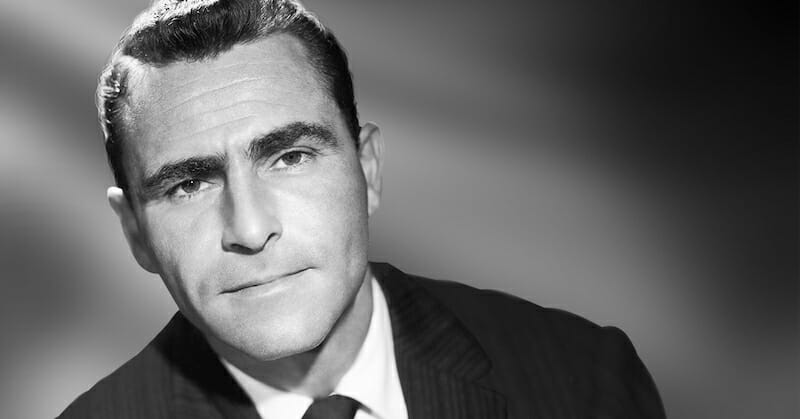 Rod Serling was an American screenwriter, playwright, television producer, and narrator. He was well known for his science-fiction anthology TV series, The Twilight Zone. He won a 1955 Emmy Award for his script Patterns, a 1957 Emmy for his script Requiem for a Heavyweight, and a 1959 Emmy for The Twilight Zone. He was also co-author of The Planet of the Apes. He taught dramatic writing at Ithaca College in New York.