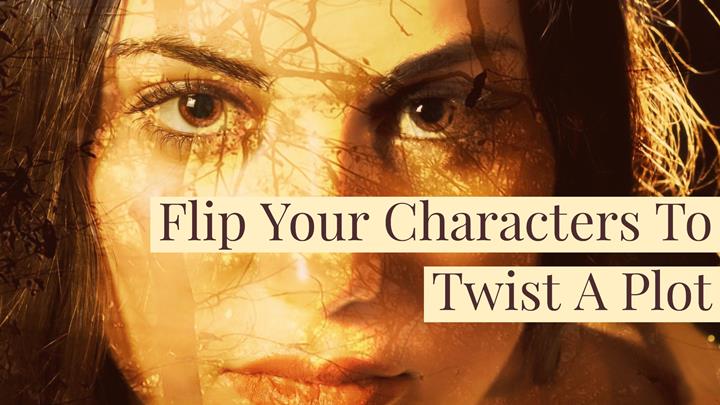 Writers Write is a resource for writers. If you are looking for a way to twist a plot, why not flip your characters?

Human beings are made up of many parts, both psychological and physical. We are formed by genetics and circumstance and grow into the person we see in the mirror each day.

Along the way, we develop a variety of character traits. We may be quirky, angry, funny, gregarious, or reclusive, but one or some of these will be more dominant than the others. (Read 350 Character Traits)

We can use this as a powerful tool when we create a character.

Flip Your Characters To Twist A Plot

If our protagonist’s most predictable trait is unpredictability, we can change their story by flipping this trait. Turn them into the most dependable, boring person and see what happens.

A great example of this can be found in Vanishing Girls

by Lauren Oliver. Dara and Nick used to be inseparable, but a devastating accident causes an icy rift between the two sisters.

Oliver shows how these changes affect the choices the sisters make and how they upset everybody’s equilibrium.

You will know which trait is most dominant in your own characters. If you are unsure, I have included some of the most powerful qualities (both negative and positive) that make characters interesting below:

As an author you could turn any of these around to cause a plot, move a plot forward, or end a story.

Changing a character’s dominant trait makes them even more interesting. Every other character will want to know why. And so will we.

Must-Read: The Secret To Writing A Great Plot Twist