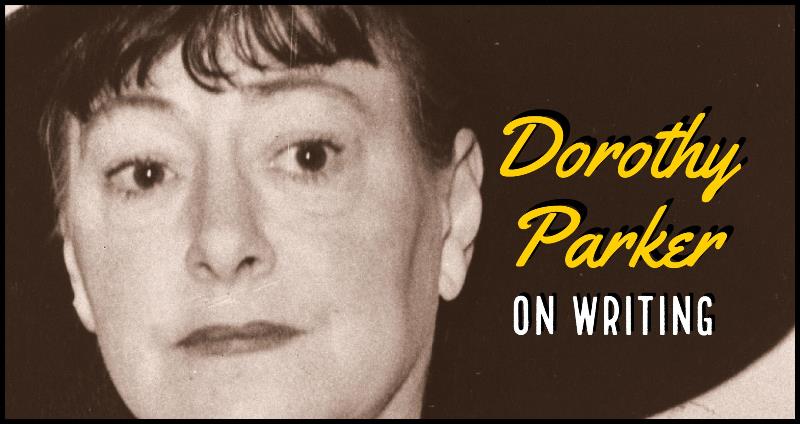 Dorothy Parker (born 22 August 1893, died 7 June 1967) was an American poet, short story writer, critic and satirist. She is the author of The Portable Dorothy Parker

Taken from The Paris Review interview by Marion Capron

How do you actually write out a story?

‘It takes me six months to do a story. I think it out and then write it sentence by sentence—no first draft. I can’t write five words but that I change seven.’

How do you name your characters?

‘The telephone book and from the obituary columns.’

Do you keep a notebook?

‘I tried to keep one, but I never could remember where I put the damn thing. I always say I’m going to keep one tomorrow.’

How do you get the story down on paper?

‘I wrote in longhand at first, but I’ve lost it. I use two fingers on the typewriter. I think it’s unkind of you to ask. I know so little about the typewriter that once I bought a new one because I couldn’t change the ribbon on the one I had.’

How about the novel? Have you ever tried that form?

‘I wish to God I could do one, but I haven’t got the nerve.’

Do you think economic security an advantage to the writer?

‘Yes. Being in a garret doesn’t do you any good unless you’re some sort of a Keats. The people who lived and wrote well in the twenties were comfortable and easy living. They were able to find stories and novels, and good ones, in conflicts that came out of two million dollars a year, not a garret. As for me, I’d like to have money. And I’d like to be a good writer. These two can come together, and I hope they will, but if that’s too adorable, I’d rather have money. I hate almost all rich people, but I think I’d be darling at it.’