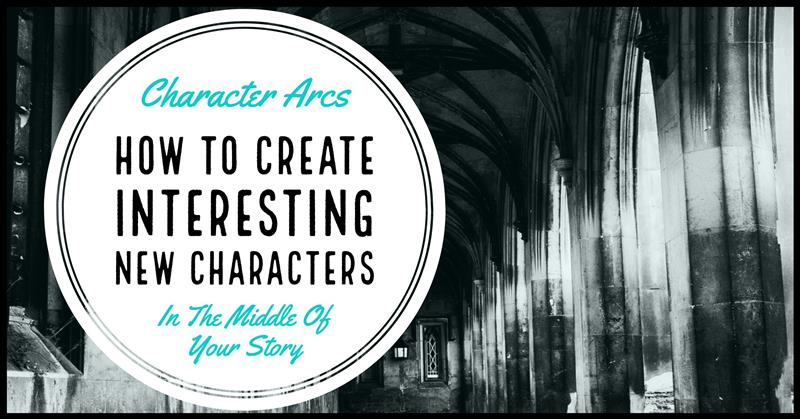 What separates a good character from a great character?

It’s all in the way a character is detailed and developed. Well-rounded, believable characters, who have the readers rooting for them, go on to make memorable characters.

A story could have many characters, but only a few leave a lasting impact on your audience. So it’s worth spending all your time to make them the pillars of your story and write good character arcs for them that resonate with and sometimes even drive your story forward.

What is a character arc?

People change, and we know that change is constant and inevitable. No one remains the same always. A character arc is that change or transformation of a character that happens over your story’s timeline.

There are three different character arcs that you can use to give your character some definition and direction:

As your story progresses, your characters keep evolving, and then comes that part called the Characteristic Moment (CM) which serves as the turning point in their journey.

This is the most vital moment and to bring a change in your character, you need a catalyst that would fit into the CM. Welcome Impact Character. It could be someone new or someone who was there already. Example: Hamlet descending into madness after encountering his father’s ghost.

New characters are like babies. They need your time, love, and utmost attention. You need to familiarise your audience with them by briefly describing their nature using strong adjectives. A good opening paragraph draws a picture in the reader’s’ mind and it becomes easier to understand their relevance, or importance.

Points to note when introducing the new character:

If you mess up the CM, your character is doomed, and so is the new character whom you introduce. The readers will lose interest and your story, no matter how good it is, will fail to keep the reader hooked. Here’s one perfect example from our beloved series Game of Thrones to explain this better:

Ser Jaime Lannister was a snobbish, arrogant, spoiled, wicked, smug character who turned into a rational, sensible, friendly, kind, forgiving man. It didn’t happen by itself, did it?

The Characteristic Moment in this storyline was the chopping off of his right hand. And the Impact Character? There were two in this context. Brienne of Tarth, whose honour he protected and the ‘new character’ Locke who chopped off his hand.

Before writing a story, you must understand your characters to the fullest and if need be, become the character when you’re writing their parts. This way, you know their strengths, limitations, nature, and the extent to which the characters can go to get what they want.

The two things to consider before choosing a character arc is knowing:

As a writer, you must think about the impact your choice will have on your story as every arc will bring a new perspective, events, and possibly new characters.

Having said that, as a writer, believe in your story and let the creative juices flow inside your head. To be a good writer, you must read. Read books, history, science journals, stories. Watch movies or TV for inspiration.

Even the renowned writer George RR Martin (Yes! GOT again!) took his inspiration from the historic event ‘War of the Roses’ (Lancaster VS York, more like Lannister VS Stark).

Love your characters, have an open mind, and believe in your story. Character arcs and creating interesting new characters in the middle of your story could be good for your book. Top Tip: If you want to learn how to write a book, sign up for our online course