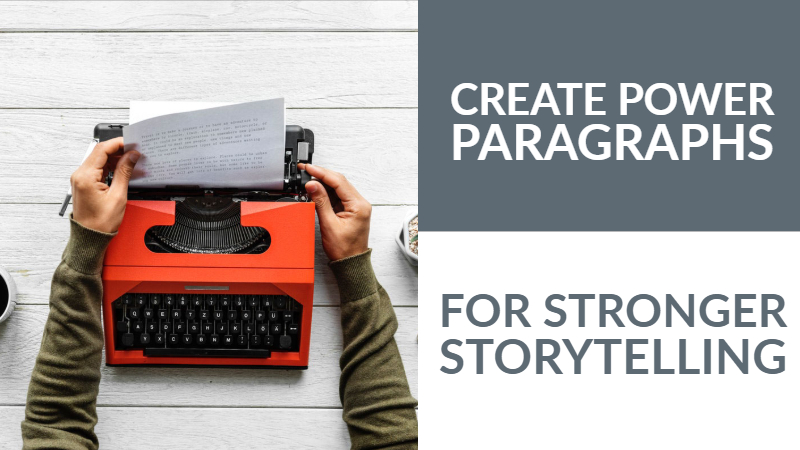 How do you structure your writing? One of the ways is by learning to create power paragraphs for stronger storytelling results.

When we look beyond story, we see structure. We can break a short story or novel down to scenes or chapters. Each is made up of words, sentences, and paragraphs, held together by punctuation.

Together, these create a wonderful narrative river, an unbroken stream of text on the page that draws the reader deeper and deeper into a story world from which we can’t escape.

Sometimes, we try to cram everything in one long sentence. Like trying to cram a two litre Coca Cola into a 500ml buddy bottle, it’s bound to turn into a sticky mess.

Let’s look at paragraphs and see how we can build these to create stronger scenes. A paragraph is made up of sentences and each of these sentences has some heavy lifting to do. In the end, this is what your page will start to look like:

From the above, you can see how the dominant sentence sets up the idea of the anniversary celebration in a simple and clear way. The flow sentences pick up the thread and give detail about it, while the linking sentence sets up the premise of the scene and draws our attention to the next idea set up in the call-out sentence – the idea of a divorced couple discovery post-separation bliss.

Structure is what holds a story together. It is craft.

Once we know the role each sentence plays in paragraph building, we will create strong scenes and powerful stories.