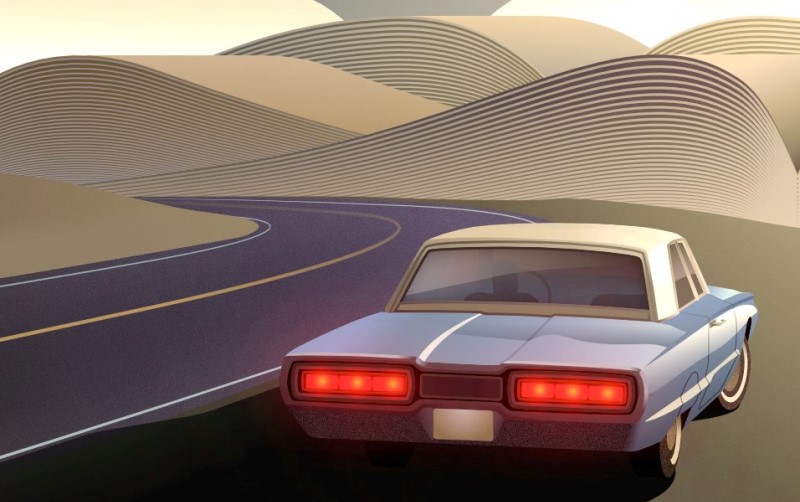 Have you ever felt so moved by the storyline of a literary work that you wanted to experience it in real life? You’re not alone. Here are six iconic literary road trips to inspire you.

Let’s Take Lord of the Rings for Example

Some die-hard Lord of the Rings fans are so enamoured by the trilogy that they decide to take on Frodo and Sam’s near 1,800-mile excursion on foot. Because the movies were filmed in New Zealand, it’s even possible for devotees to hunt down surreal film locations during their expedition — the only difference being the lack of mythical creatures, special effects, and an evil ring.

If you’re unfamiliar with J. R. R. Tolkien’s epic fantasy novels, it’s okay. The main point is that the protagonists’ odyssey inspires people to make the same trip, whether in a fantastic foreign land or on by reading the book in the comfort of your home.

The same concept can be applied to famous road trips found in literature. Many works, fiction or nonfiction, rely on trips across America by car, bus, and motorcycle to develop the story. Such travels allow for frequent setting changes and various characters, both potentially resulting in a multitude of problems for the protagonists to overcome.

The Single Most Important Element of Story

All other things aside, a story can’t exist without some sort of complication. This can be in the form of a moral dilemma or a physical obstacle. Characters, setting, and dialogue aid the narrative in forming and developing the main plotline.

For example, a bare-bones “story” about someone sailing across the sea to deliver imports is uninteresting. They set sail, sailed, docked, the end. Not many people would waste their time reading that. Once problem(s) or antagonist(s) are added, it becomes a true story. Maybe the sailor runs into hurricanes and choppy waves. Maybe there’s also a sea monster or pirate following him. Now, what will he do to successfully carry out his delivery?

The reader or viewer is engaged once the protagonist runs into trouble. Can the issue be overcome to attain the end goal? This is crucial to storytelling. Components such as comedy and archetypes make the story better but are not the quintessential elements of the story.

That’s why we’ve been captivated by stories about literary road trips for years. The characters’ journeys are, in some ways, similar to the treacherous weather or malicious characters from the sailor example — they’re trying tales of discovery, on the road complications and societal barriers that give the story a backbone.

A plethora of novels focus on the implications of being on the road in North America. With fifty states, three countries, varying geography, and a myriad of regional cultures, it is easy to see how values might clash and natural or political barriers could occur. The actions the characters take in attempt to remedy these problems is what makes the story so intriguing.

In some cases, the characters carry out a motivational road trip to find themselves. Their experiences help them understand who they are at their core, allowing them to truly discover themselves and subsequently work on self-growth and improvement.

Other times, the trip is uplifting from the sheer distance and time that it took. For example, a popular hippie group, from Tom Wolfe’s The Electric Kool-Aid Acid Test, travelled nearly 11,000 miles across North America — Canada and Mexico included — to bring about a higher state of consciousness. The length of their trip showcases their determination and, later, their flight to avoid prosecution.

If you’re looking for a narrative to influence your next road trip or simply inspire your own writing, consider some of these literary road trip suggestions from CarRentals.

Check out the infographic below for six iconic, adventurous routes from American literature.