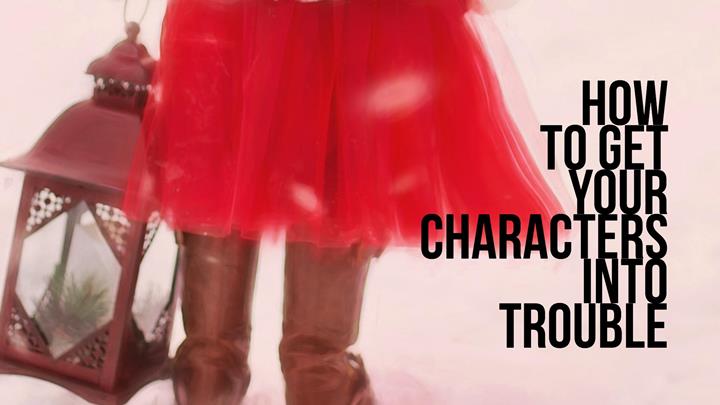 How To Get Your Characters Into Trouble

In this post, we give you three ways to get your characters into trouble when you’re writing a book.

‘In nature, there are neither rewards nor punishments–there are consequences.’ ~Robert G. Ingersoll

Does the punishment fit the crime?

One of the reasons there was such outrage and controversy over Oscar Pistorius’s verdict of culpable homicide is that people were dissatisfied with the less than spectacular outcome of one of the decade’s most sensational trails. There should be massive consequences for a bad deed, shouldn’t there?

Unlike real life, writers can make fictional characters face consequences. You can do this by exaggerating or amplifying the results of your character’s actions, or by exposing something that has been hidden.

How To Get Your Characters Into Trouble

Consequence is the result of our actions or our inaction. In a satisfying story, the character’s decision must be a result of facing a problem or a result of careless or impulsive behaviour. Bad behaviour works best.

As a writer, another technique you can use is amplification – make a relatively small problem much worse. This works well when you want to create a sense of absurdity or comedy in your story.

Sometimes a character’s deepest fear is to be exposed—to a secret, the truth, pain. It’s human nature to avoid suffering at all costs but as a writer you must become a bit of a sadist. Find a way to tap into a character’s fear and make that fear tangible in every scene of your story.

Of course, the possibility of death is the greatest consequence. Don’t be afraid to push your character to the edge—where their decisions will mean they will either live or die.

The Easy Way or The Hard Way

As writers, we can’t shield our characters from pain or consequence. Go for total exposure. Make it massively difficult for them to achieve the thing they want or to solve a problem. When it comes to the easy way or the hard way, the hard way is always better.