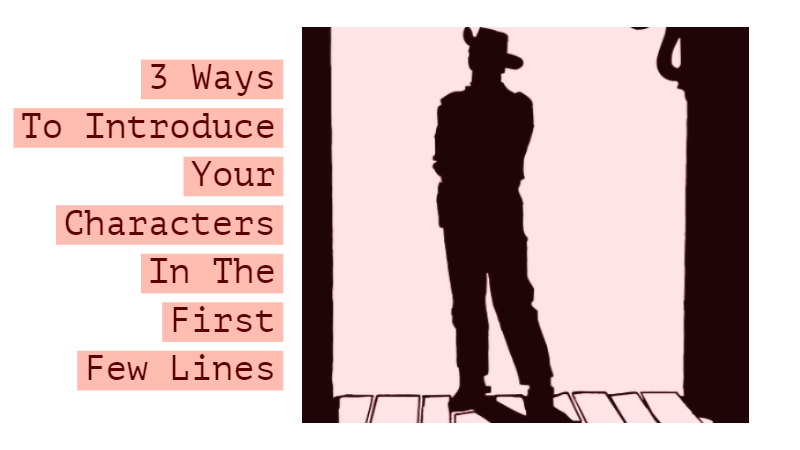 3 Ways To Introduce Your Characters In The First Few Lines

This post is about how writers should introduce their characters in the first few lines. It includes three tips to help you do it as well as you can.

We all thin slice. No, I’m not referring to your culinary skills. In Malcolm Gladwell’s book Blink: The Power of Thinking Without Thinking, thin slicing is defined as our unconscious ability ‘to find patterns in situations and behaviour based on very narrow slices of experience’. This is what allows you to suss out people instinctively only seconds after meeting them.

The same holds true for your readers. Because they will be thin slicing the characters in your novel, how you introduce and describe your characters in those first few lines is critical.

First-time authors often make the mistake of introducing a character by describing physical appearance. While it tells readers what a character looks like, it’s a lower form of storytelling. You have only a few seconds to create a snapshot that shows the reader exactly who the character is.

3 Ways To Introduce Your Characters In The First Few Lines

Make your words count. Here are three tips to help you introduce your characters in a few lines:

What you decide to do with your characters after your introduction is up to you, but make sure their ‘Howdy ma’am’ is a good one.