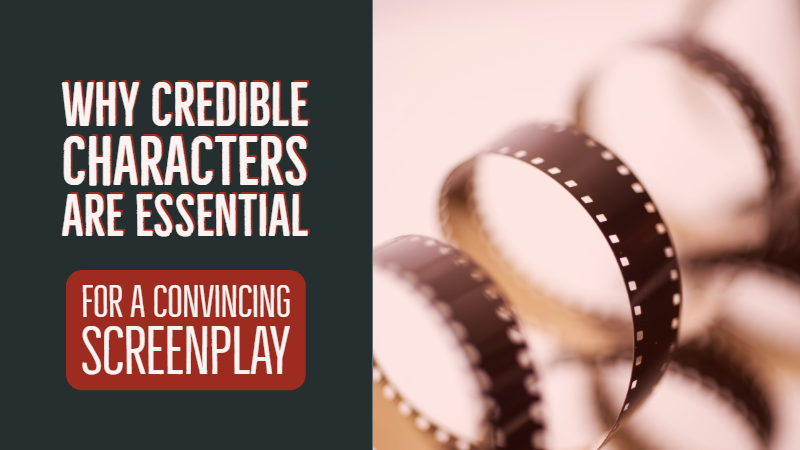 We write about why credible characters are essential for a convincing screenplay.

[This post is partly taken from our brand-new course, The Script.]

Creating credible, “real” characters is a challenge to the new scriptwriter. Every genre – whether action or drama – is underpinned by character.

Character, along with plot, is a basic, vital ingredient in a screenplay. It’s worthwhile devoting some time to character development.

Why Credible Characters Are Essential For A Convincing Screenplay

They have to cheer the character on, laughing with them, crying with them, biting their nails during the tense scenes, and feeling a sense of relief at the climax.

Credible characters make you empathise with them and root for them. There is always some reason why viewers want them to succeed. If viewers can’t do this, you don’t have an audience for your film.

Alfred Hitchcock said: “Always make the audience suffer as much as possible.” Viewers won’t be prepared to suffer if they don’t like your characters.

Think about the characters in films that you enjoy most. There was always something in their character that won you over, that engaged you enough to care about them, to make you root for them.

James N. Frey, the author of How to Write a Damn Good Novel

calls fictional characters ‘homo fictus’. He writes: “Readers demand that homo fictus be more handsome or ugly, ruthless or noble, vengeful or forgiving, brave or cowardly, and so on, than real people are. Homo fictus has hotter passions and colder anger; he travels more, fights more, loves more, changes more, and has more sex. Lots more sex. Homo fictus has more of everything. Even if he is plain, dull and boring, he’ll be more extraordinary in his plainness, dullness and boringness than his real-life counterparts.”

What makes these characters endure in the imagination?

Sometimes characters are distinct and enduring enough to become the title and focus of a movie.

So, how do screenwriters create characters like this? If you want to find out, sign up for our online course: The Script