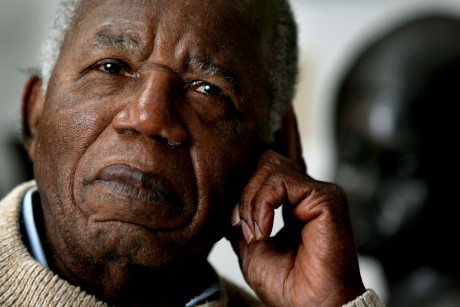 Chinua Achebe was a Nigerian novelist, poet, professor, and critic. He was best known for his first novel and magnum opus, Things Fall Apart, which sold more than 8 million copies around the world, and was translated into 50 languages. Achebe was the most translated African writer of all time. Nelson Mandela referred to Achebe as a writer ‘in whose company the prison walls fell down’. The recipient of more than 30 honorary degrees, he was awarded the Man Booker International Prize, the Commonwealth Poetry Prize, an Honorary Fellowship of the American Academy of Arts and Letters, and the Nigerian National Order of Merit.