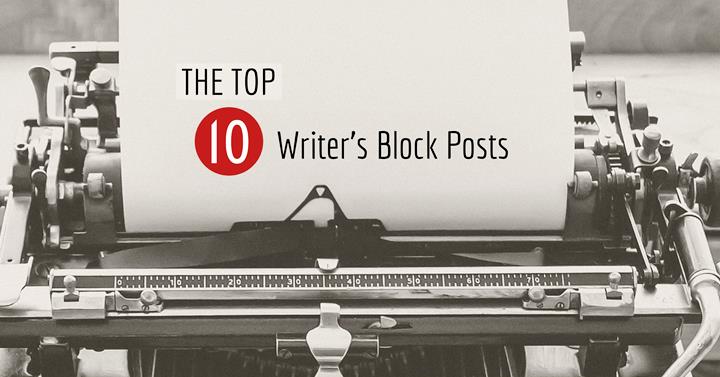 1. Writer’s block? I’ve heard of this. This is when a writer cannot write, yes? Then that person isn’t a writer anymore. I’m sorry, but the job is getting up in the fucking morning and writing for a living. ~Warren Ellis

2. I learned to produce whether I wanted to or not. It would be easy to say oh, I have writer’s block, oh, I have to wait for my muse. I don’t. Chain that muse to your desk and get the job done. ~Barbara Kingsolver

3. All writing is difficult. The most you can hope for is a day when it goes reasonably easily. Plumbers don’t get plumber’s block, and doctors don’t get doctor’s block; why should writers be the only profession that gives a special name to the difficulty of working, and then expects sympathy for it? ~Philip Pullman

4. I’ve often said that there’s no such thing as writer’s block; the problem is idea block. When I find myself frozen–whether I’m working on a brief passage in a novel or brainstorming about an entire book–it’s usually because I’m trying to shoehorn an idea into the passage or story where it has no place. ~Jeffery Deaver

6. There’s no such thing as writer’s block. That was invented by people in California who couldn’t write. ~Terry Pratchett

7. I haven’t had trouble with writer’s block. I think it’s because my process involves writing very badly. My first drafts are filled with lurching, clichéd writing, outright flailing around. Writing that doesn’t have a good voice or any voice. But then there will be good moments. It seems writer’s block is often a dislike of writing badly and waiting for writing better to happen. ~Jennifer Egan

9. Writer’s Block is just an excuse by people who don’t write for not writing. ~Giando Sigurani

10. Discipline allows magic. To be a writer is to be the very best of assassins. You do not sit down and write every day to force the Muse to show up. You get into the habit of writing every day so that when she shows up, you have the maximum chance of catching her, bashing her on the head, and squeezing every last drop out of that bitch. ~Lili St. Crow

Create a writing habit with Hooked On Writing: 31 Days To A Writing Habit