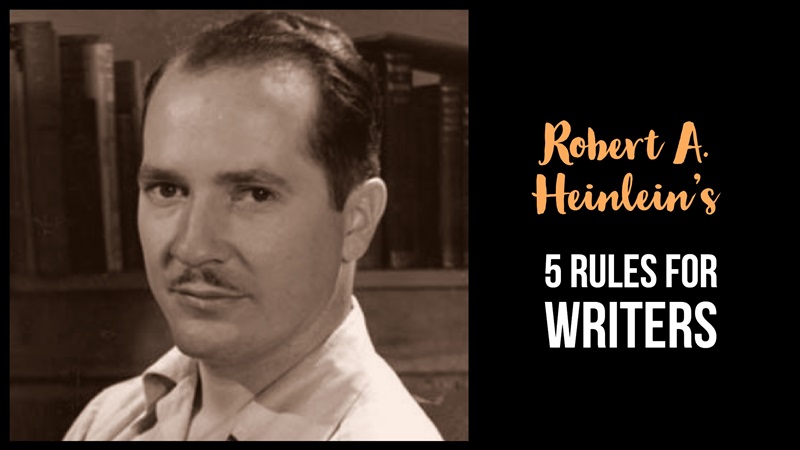 Writers Write is a comprehensive resource for writers. Use Robert A. Heinlein’s 5 rules for writers to inspire you to write.

Known as the ‘dean of science fiction writers’, his often controversial works strongly influenced the science-fiction genre and modern culture. He is considered to be one of the most literary and sophisticated writers in the genre. He was named the first Science Fiction Writers Grand Master in 1974 and he won Hugo Awards for four of his novels.

The Moon Is a Harsh Mistress.

Robert A. Heinlein’s 5 Rules For Writers

He also made a list of predictions in 1949. Read them here: 19 Predictions For The Future From Robert A. Heinlein