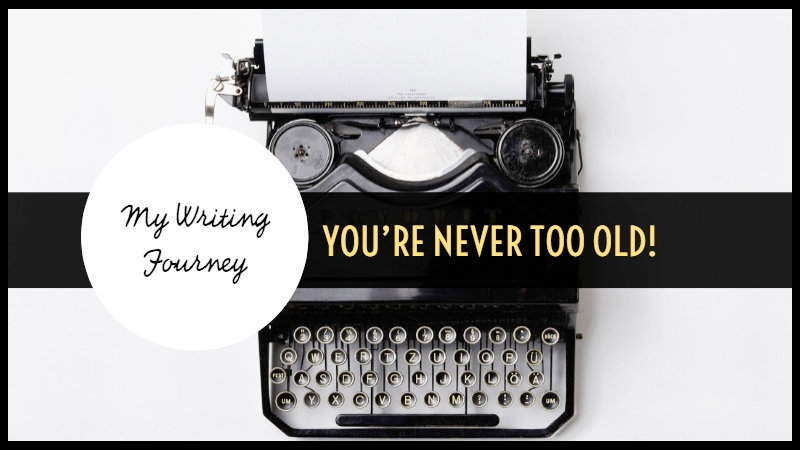 Becoming an Author: It’s never too late, and you’re never too old! by Gill Mittins

When I was about six, I remember writing a book. I wrote it in pencil, on tiny pages torn from a notebook, held together in the centre by a staple. (I think it was a re-write of Alice in Wonderland.) I kept it in a shoe box under my bed, and read it to myself every night. I thought it was a wonderful piece of literature and decided that I would be the next Enid Blyton.

Then life happened. School, children, bills, divorces… you know how it goes. No time for dreaming, no time for writing. Fast forward about fifty years and an advert for a Writers Write course appeared, just when I was at a crossroads in my life. It was a sign; time for my inner author to come out of hibernation, spread her wings and fly! I signed up for the week-long course.

That creative writing course was one of the most rewarding things I’ve ever done. I could feel parts of my brain re-awakening, infused with fresh energy. My creative juices started to flow again. I learned many new skills during that week and discovered that I had the ability to write quite well.

My next hurdle was WHAT to write. Although I didn’t read the genre, I knew that writing Romance was easy – wasn’t it?  I quickly bashed out a formulaic romance novel and sent it off to Mills & Boon. To my surprise they rejected it – their letter said that they liked the storyline but the characters didn’t have enough depth. I gave up on Romance and waited for inspiration to come from another direction.

Then I turned sixty and dismantled my entire life. I rented out my house, gave away the cat, packed a case and went travelling. I spent the first three months teaching English in China, and then did some backpacking through Central America before moving to another teaching position in Cuenca, Ecuador. My Facebook friends kept asking me to write more about my adventures – I’d had some incredible experiences since I’d been on the road.

One day, as I was sitting in an armchair on my balcony gazing at the Andes in the distance, it struck me that I finally had something REAL to write about. My book would come straight from the heart. I opened my laptop and started writing about why I’d taken to the road at the age of sixty and what had happened since. Thanks to the writing course, I knew what to do and more importantly, what not to do. I still made some rookie mistakes, but fewer than I would have done otherwise.

Settling down to write

I’m not a structured person, so I didn’t set daily word targets or anything. I wrote my book in fits and starts. It took me about three years to finish writing and editing the manuscript to the point where it was ready for submission to publishers. (I was also distracted by a large Canadian man, lots more travelling, a divemaster course and various other adventures, so I sometimes ignored my draft for months on end.)  After many “it’s great but not for us” rejections, I received two offers from publishers. My gut told me to choose the smaller company which was based in California.

Four years after I started writing it, my book has finally been published. When I received the email from my publisher confirming that it was now available on Amazon, I felt exhilarated and terrified, but also incredibly proud. I’m a real author!

I’ve lived in several other countries since China and have explored dozens more off the beaten track, so I don’t think I’ll ever run out of material for my travel memoirs. Sometime in the future I might even try my hand at fiction, using some of the wonderful places I’ve been to as settings.

I’ve learned a great deal about the writing process, so it’ll be easier next time round. It’s really just a question of getting the words down to start with. You can re-arrange them and add sparkle later.

I’ve also had to learn to be extremely patient, because it takes twice as long for things to happen in the publishing world as you think – but it’s worth it! Gillybean in China: The Adventures of a Wandering Sexagenarian by Gill Puckridge (Palamedes Publishing) is the first in a series of books about Gill’s adventures around the world. Follow Gillybean’s Adventures on Facebook.

Editor’s Note: If you want to learn how to write a book, join our Writers Write course in Johannesburg or sign up for our online course.