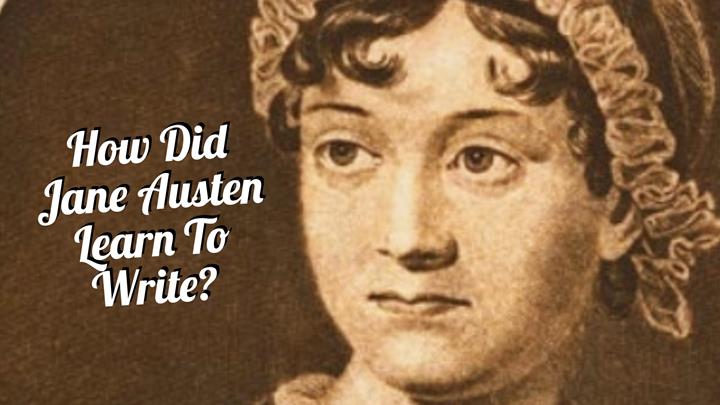 Writers Write shares writing tips and writing resources. In this post, we ask and answer the question: How did Jane Austen learn to write?

How did Jane Austen learn to write her famous novels, which include Pride and Prejudice, Emma, and Sense and Sensibility? The iconic English writer was born 16 December 1775 and died 18 July 1817.

Jane Austen’s father owned an extensive library, and Austen was an avid reader and letter writer. She wrote to her sister, Cassandra in 1801: “I have now attained the true art of letter-writing, which we are always told, is to express on paper what one would say to the same person by word of mouth.”

Jane learnt to write by practising, from an early age with Juvenilia, a collection of stories she wrote from the age of twelve onward, and by writing around 3 000 letters to her family members, her publishers and her literary admirers.

Jane’s most productive writing years were spent in Chawton Cottage. She wrote near a window on a small walnut table on a writing slope from her father. Her dedication allowed her to produce three of her six novels during the last eight years of her life, and to revise her earlier ones.