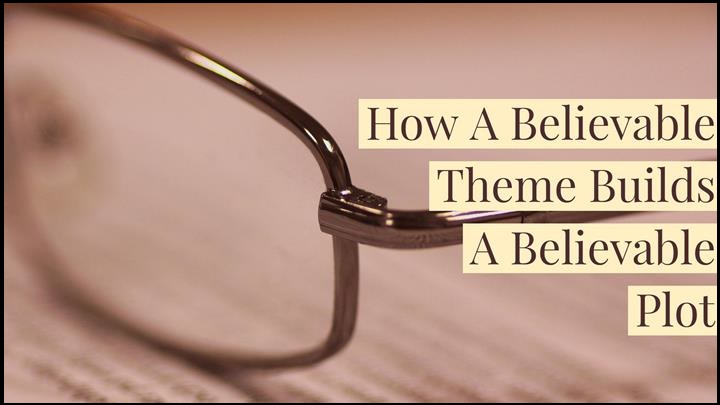 If you’re struggling to find a plot — and a plot strong enough to hold your entire story together — going back to the theme of your story is never a bad idea. Plot is theme in action.

What Is A Theme?

Theme doesn’t have to be seen as some grand concept or the preserve of literary fiction. It’s just the way you see and question the world around you, or your opinion on a subject that intrigues you — in short, what you believe.

If you believe in your theme, you’re more likely to build a believable plot. What do you believe?

Theme: You believe that a mother’s love for her child will always be stronger than that for anyone else.

Theme: You believe that there’s always a second chance at love even if you’ve had your heart broken before.

Plot is a way to explore your theme.

It’s a way to test what you believe as the writer through your characters. If for example, in the sci-fi story, your heroine goes back to save the other kids – does this change what the writer believes? If, in the romantic comedy, she rejects the pop star — does that undermine our belief in the ‘happily ever after’?

Once you start digging into and exploring your theme, you’ll start coming up with great conflict points for your plot.