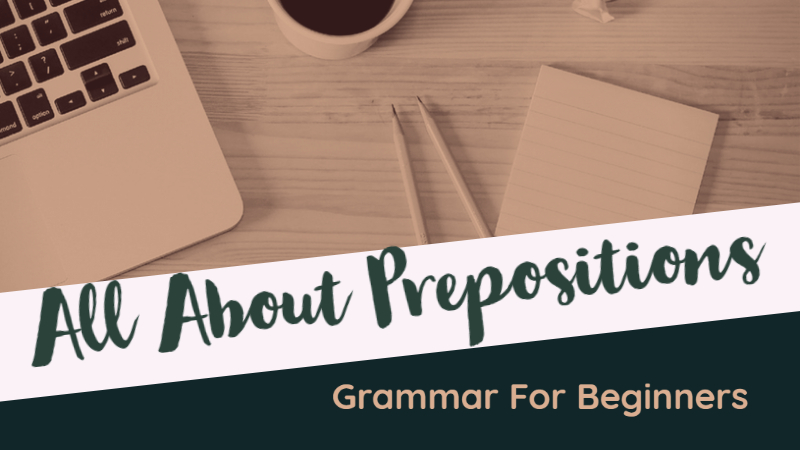 We continue our parts of speech series by writing all about prepositions.

What are parts of speech?

Today, I will discuss prepositions.

Prepositions connect nouns and pronouns with other words in a sentence. They usually give information about time, places, and direction.

According to Oxford Dictionaries, they describe:

Some prepositions are made up of more than one word. Examples: because of, next to, on top

Prepositions link nouns and pronouns to other words, called objects, in a sentence. They show space or time between the noun and the object.

The cat is under the table.