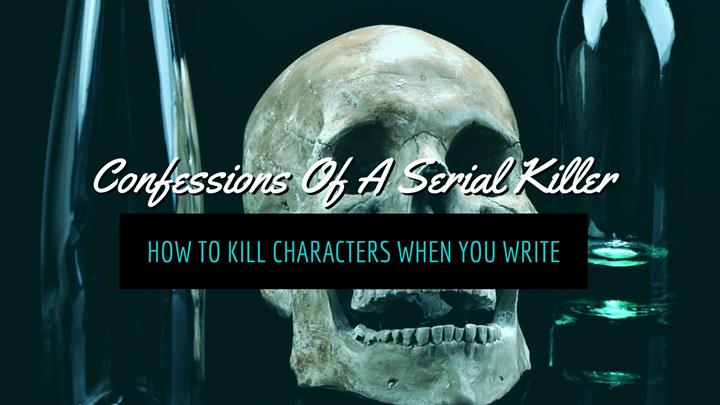 In this post, we write about how to kill characters when you write a book.

I am a serial killer. I have in fact, killed so many people that I have lost count. A special welcome to the FBI who are now reading this post.

I always quote Nora Roberts when I talk about moving plots forward and getting unstuck. She says: “The middles of my books are often the toughest for me to write. If the pacing flags, I deal with the problem by looking around at all my characters and figuring out which one I can kill.”

Even though I know this, I am one of the biggest losers when it comes to killing characters. I hate it when a character dies. I am a sucker for a happy ending. For me to kill someone instead of sending them off into the sunset, hand-in-hand, is hard. But at some point a character must die. So many of my favourite characters on TV have been dying lately and the trauma of that made me wonder if I am sometimes too trigger-happy when I offer this advice. Pardon the pun.

In Homeland, Brody died and the series with him. I commend them for that by the way, the series ending. Matthew, from Downton Abbey has died. I was devastated. In The Following they killed Claire; I did forgive them that in the next series. I have not forgiven them for killing Lori in The Walking Dead, but I cheered, loudly, when Joffrey met his foamy end in Game of Thrones.

As a rule I don’t like books where children die or are hurt. This is a personal preference. I don’t read a lot of Jodi Piccoult because of that. Joffrey is the exception to that rule. The same goes for animals. I have never overcome the childhood trauma of Jock of the Bushveld by James Percy FitzPatrick and just the poster of Marley and Me is enough to reduce me tears. But besides kids and animals anyone is fair game.

How To Kill Characters When You Write

How do I pick my next victim?

I list of all my possible victims. Then I ask:

These are starter questions and your story will dictate what you ask, but don’t just go killing characters for the sake of it.

Below is a list of the meanings of the deaths in Harry Potter. I don’t know if it’s JK-approved and if she agrees, but it is interesting to see what the death of a character can mean. Which fictional character’s death affected you most?