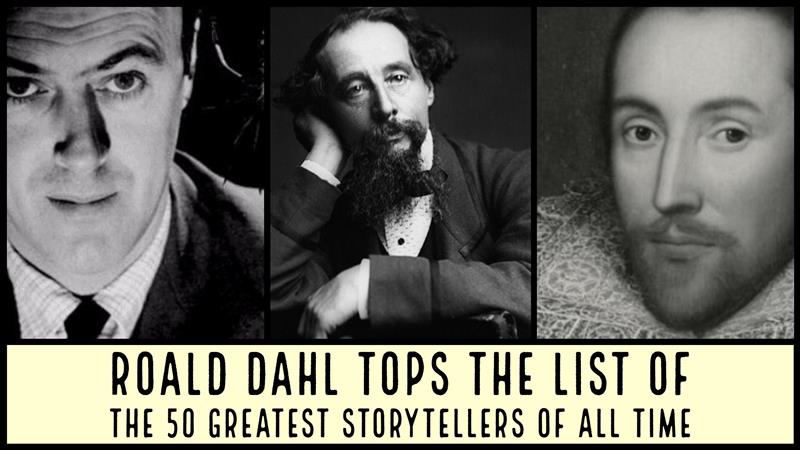 Roald Dahl was chosen as the greatest storyteller of all time in a poll commissioned by Canon UK to mark the launch of its 365 Days of Summer Competition. Roald Dahl took the top spot with 58 per cent of the vote in a poll of the greatest authors, songwriters, artists, and photographers.

Dahl was a British novelist, short story writer, poet, fighter pilot, and screenwriter. He became one of the world’s best-selling authors and is well-known for his children’s novels, which include The Witches

, James and the Giant Peach

, Charlie and the Chocolate Factory

Matthew Searle – Country Director, Canon UK and Ireland said: ‘Roald Dahl in particular may be well known for his words, but the images which accompanied many of his children’s books have helped to paint a picture for children for generations.’

Follow these links for 7 Writing Tips From Roald Dahl and 5 Quite Interesting Facts About Roald Dahl.