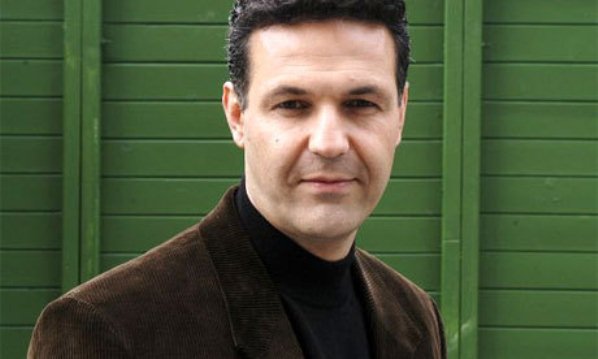 Khaled Hosseini: On learning to read at a little bookshop in Kabul.

I loved to read as a kid. In fact, I was raised in a household where classic Persian literature and poetry was revered and prized. Both of my folks were really into it and they got us into it. In fact as a kid, I grew up around the likes of Saadi and Hafez and Omar Khayyam and Rumi and people like that.
And I really discovered the novels at a little bookshop in Kabul, because there is not a great tradition of novel writing in Persian literature, certainly not in Afghanistan. There is a great tradition, an ancient tradition of poetry, but not of prose novel. So I discovered Western novels, though translated into Farsi, at a local little bookshop in Kabul, and it was there that I read my first novels.
I read 20,000 Leagues Under the Sea and I was in wonderland. I think they had these condensed young adult editions of classics like Don Quixote and Ivanhoe and Treasure Island, and I remember reading all of those and just falling in love with the format. And then they also had serialised novels that they would publish in magazines, and I was really a sucker for those as well.
So I really fell in love with prose at that time and I began writing my first short stories at that age. I was probably eight or nine years old when I began writing. I really loved it, and I was really passionate about it. I felt so in my element when I was writing. And pretty much since then, I haven’t stopped writing. It is really kind of when my history of writing began.

Khaled Hosseini is an Afghan-born American novelist and physician. His 2003 debut novel, The Kite Runner

, was an international best-seller, with the paperback spending 101 weeks on the best-seller list, and being published in 70 countries. It was followed by A Thousand Splendid Suns. The two novels have sold more than 38 million copies internationally. Hi third novel, And the Mountains Echoed, was released in 2013. Khaled has worked to provide humanitarian assistance in Afghanistan through The Khaled Hosseini Foundation.