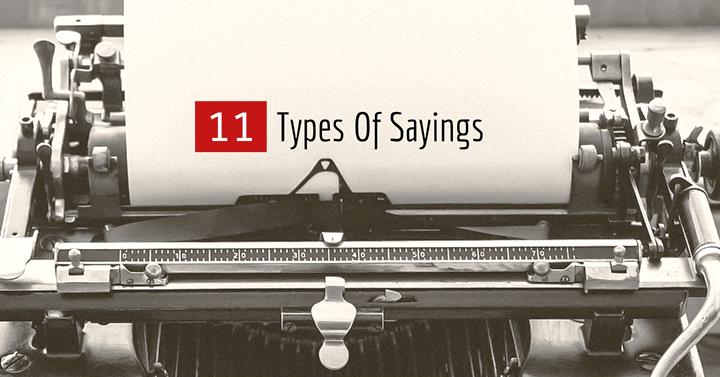 Writers Write is a resource for writers. In this post, we write about 11 types of sayings.

A saying is any concisely written or spoken linguistic expression that is especially memorable because of its meaning or structure.

There are a number of specific types of sayings:

From Wikipedia, the free encyclopedia.