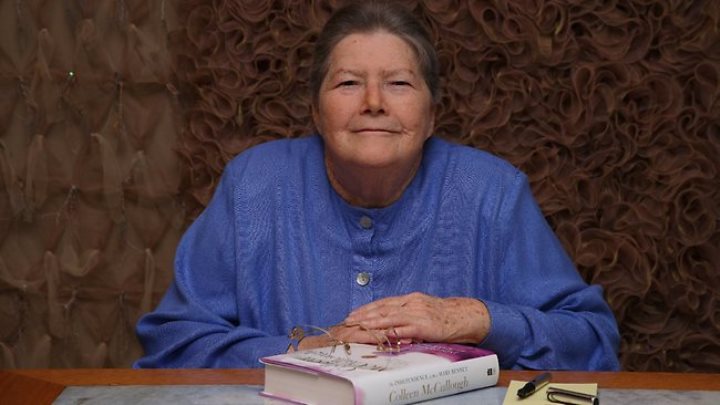 Colleen McCullough was an Australian author best-known for The Thorn Birds, which sold 30 million copies, and the Masters of Rome series.