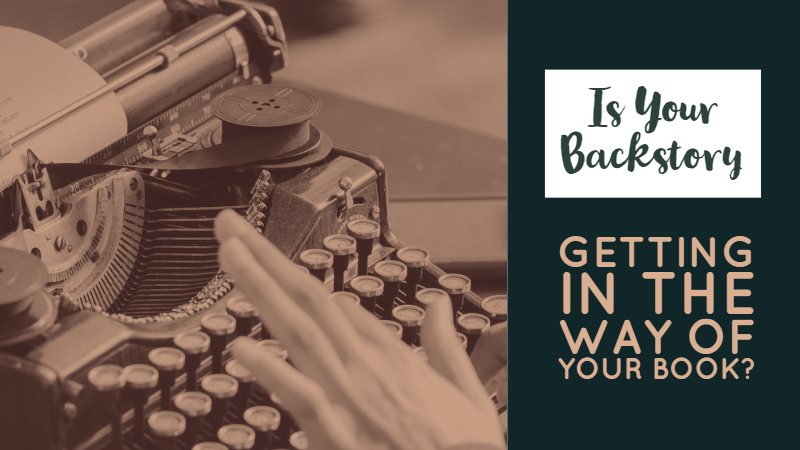 In this post, we ask if you have included too much backstory and if it is a threat to your book.

A few weeks ago, I wrote about how backstory should be seen as the scar tissue of your book. It is necessary. It will always be there, but we don’t need to explain it until the reader wants, or needs, to know about it.

Beginner writers often become obsessed with backstory. If this happens to you, consider your readers and what they want.

Don’t be discouraged by this. It is common to want to include everything in your book, but it’s not a good idea. It’s also impossible. Writers often forget that they have the opportunity to write many books and having all this research and backstory could be wonderful material for a series of books.