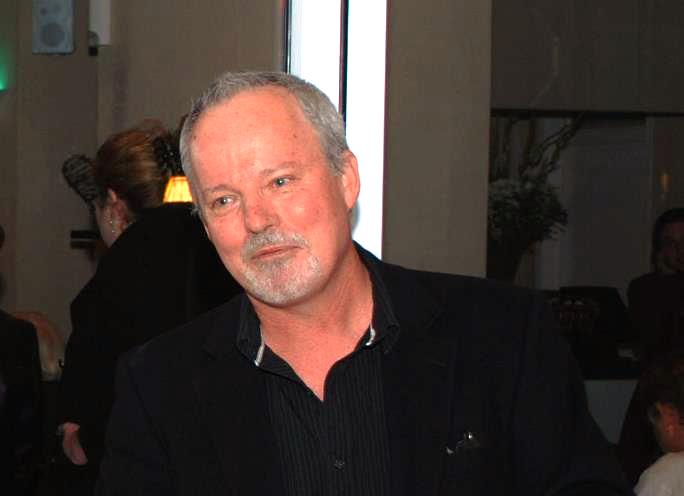 In this post, we share our interview with Michael Robotham. The Australian author was our guest at an event in Johannesburg, South Africa.

Birthday? 9 November 1960
The Event? Dialogue for Dinner
The Book? The Wreckage
The Venue? Gingko, Parkview
The Date? 28 July 2011
The Interviewer? Amanda Patterson

Michael Robotham began his writing life as a journalist. He became a ghost writer, writing 12 bestsellers for famous people who would rather not have him known as the author of their book.

He then wrote the first 117 (double spaced) pages of The Suspect, which became the subject of a London bidding war.  After mentally spending every cent of the advance, he was terrified by 8 a.m. the following morning. ‘It’s every author’s dream come true,’ he says, ‘but now the pressure to deliver was on.’

What senses do you associate with writing?

When you were a journalist…

If the first newspaper you worked on were a city, it would be Las Vegas
Where would it shop? In pawn shops. It would drink in seedy bars.

Are you reading any interesting books at the moment? 12 Hours by Deon Meyer

If your life were a city, what city would it be? I would love it to be New York, so full of endless energy, ambition and determination.

Where do you live? Avalon, Sydney

Why do you live there? It’s paradise.

How has living there affected your writing? It’s made it harder. It’s difficult to write when everything is so good.

What is your favourite meal? Sushi

What is your favourite quality about yourself? Ambition

What is your least favourite quality about yourself? Ambition

What are you most proud of accomplishing so far in your life?  Having three children.

Do you have a favourite quote? ‘The sex was so good that even the neighbours had a cigarette.’

How did you come up with the titles of your book, The Wreckage? The world was in a lousy state. The financial carnage and the mess in Iraq were a wreck.

Who designed the covers? Designers, but I do have some say in them. It’s frustrating to see the covers, and some titles, change between countries. My novel, Lost, was written before the TV series. The title was retained in the UK and changed to The Drowning Man in the US. The Wreckage – Why did you choose to write this particular book? I had an idea for the story from two articles I read. The first was Billions over Baghdad, by Donald Barlett and James Steele in Vanity Fair in 2003. $12 billion in U.S. currency was shipped to Baghdad. And the second was an article in The Observer.

If your detective were an animal, what animal would he be? A bear

What was the hardest part about writing this book? Linking four storylines together.

When you stop writing, and look back on your life, what thoughts would you like to have?

I’d like to sit in a rocking chair and think back to the time when Stephen King said that I had written the most suspenseful novel in years.