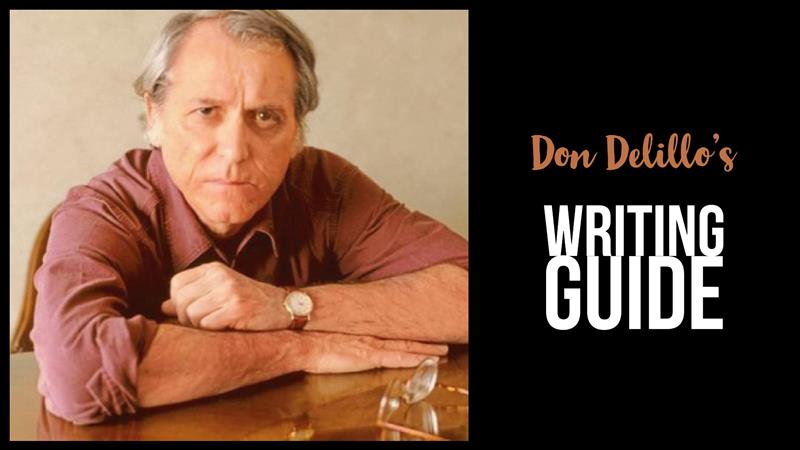 Some writers complain about writer’s rut and writer’s block. Others insist there’s no such thing.

Don DeLillo, who was born 20 November 1936, explains that he uses a special guide, another writer, Jorge Luis Borges, as his muse:

‘I work in the morning at a manual typewriter. I do about four hours and then go running. This helps me shake off one world and enter another. Trees, birds, drizzle — it’s a nice kind of interlude.
Then I work again, later afternoon, for two or three hours. Back into book time, which is transparent — you don’t know it’s passing. No snack food or coffee. No cigarettes — I stopped smoking a long time ago. The space is clear, the house is quiet. A writer takes earnest measures to secure his solitude and then finds endless ways to squander it. Looking out the window, reading random entries in the dictionary.
To break the spell I look at a photograph of Borges, a great picture sent to me by the Irish writer Colm Tóibín. The face of Borges against a dark background — Borges fierce, blind, his nostrils gaping, his skin stretched taut, his mouth amazingly vivid; his mouth looks painted; he’s like a shaman painted for visions, and the whole face has a kind of steely rapture.
I’ve read Borges of course, although not nearly all of it, and I don’t know anything about the way he worked — but the photograph shows us a writer who did not waste time at the window or anywhere else. So I’ve tried to make him my guide out of lethargy and drift, into the otherworld of magic, art, and divination.’
Don DeLillo, The Paris Review, 1993 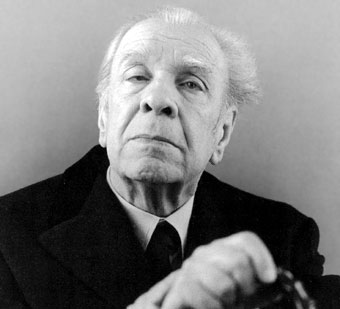 Don DeLillo is one of America’s most influential, award-winning authors. He received a National Book Award for White Noise

, and an American Book Award for Underworld.