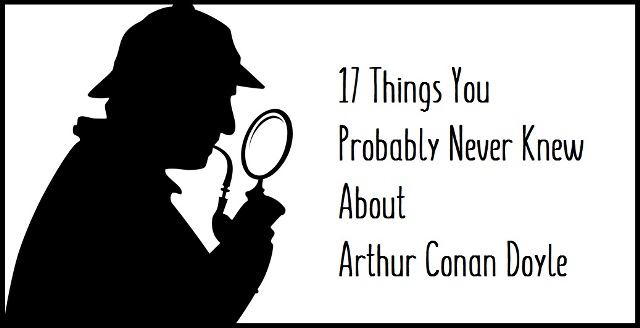 Writers Write is a resource for writers. In this post, we’ve included 17 things you probably never knew about Arthur Conan Doyle.

To celebrate the anniversary of Arthur Conan Doyle’s birthday, we share 17 interesting pieces of trivia about the creator of the world’s most famous detective.

Conan Doyle’s four novels and 56 stories about Sherlock Holmes have never been out of print. They have inspired more than 500 movies and television episodes.

(Arthur Conan Doyle was born 22 May 1859, and died 7 July 1930. Last year, I marked the day by writing a post about what fiction writers could learn from Conan Doyle’s famous detective. You can read it here: 10 Elementary Tips For Writers From Sherlock Holmes) For more things you never knew about the famous author, click here