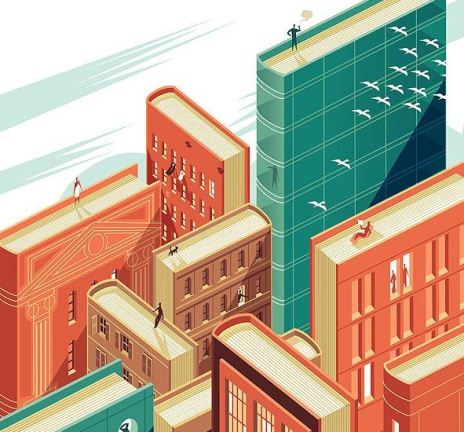 Even when a book has been written and edited to perfection, the publication process remains. With the advent of the Internet as a literary marketplace, authors have more opportunities than ever before. Self-publishing is on the rise, and crowdfunding has emerged as a worthwhile resource for authors seeking an engaging way to market their books.

Crowdfunding is the process of funding a project by raising many small amounts of money from a large group of people. This is typically done through online crowdfunding platforms and as the industry grows, more platforms are becoming available that cater to specific industries and audiences.

By conducting a crowdfunding campaign, creators can raise funds for their upcoming project with support from their network, as well as estimate the demand for their work and get insight into the demographics of their audience.

There are many benefits to crowdfunding a literary project, including:

Many campaigns do need the fundraising aspect of crowdfunding. Self-published books may be unfairly judged low quality because their authors lack the funds to make them shine. The costs of publishing, cover design, printing, and marketing add up; contributions from supporters can be an enormous help to lessen the financial burden of self-publishing.

But even projects that do not require funding can benefit from a crowdfunding campaign by:

A crowdfunding campaign is generally reward-based, meaning that supporters receive special rewards in return for their pledges. When crowdfunding for a literary project, copies of the book are a common reward. Therefore, supporters of the campaign are essentially putting in a pre-order for the book, which then hits the shelves already in-demand. A pre-order campaign puts you, the author, at a great advantage in the competitive, saturated literary market.

Reward tiers can include more than just copies of the book itself. Authors can build their brand by offering unique rewards, like branded tea or yoga lessons. Rewards not only serve to entice and thank supporters, but also allow the author to get personal and creative with their offerings.

It can be difficult to market a book when the book itself has not yet been published. But a crowdfunding campaign is a tangible way to begin marketing and open a dialogue about a project, as well as a place to which the author can drive traffic. People probably won’t post a link to their social media when they purchase a book, but they’re far more likely to share the link to a campaign they’ve helped fund. The more the campaign is shared, the more people will discover it, and the bigger your audience becomes.

4.   Connecting With Your Audience

People love to be a part of bringing a book to life. And now, with crowdfunding, authors can communicate with their audience on a more personal level than when using other publishing methods. The crowdfunding campaign gives authors a chance to not only summarize their books, but also discuss the story behind the book. Furthermore, crowdfunding campaigns foster conversation about the book project amongst readers and the author.

After a campaign has ended, the author has access to market analytics about the supporters who contributed to their project — age, gender, and location, as well as how they found the campaign. This gives a clearer picture of who the book’s audience will be, and makes it easier to target and market to the audience in the future.

By the end of 2013, crowdfunding had raised over $5 billion, and the number continues to rise. As the industry grows, so does the value and benefits for authors in the process of publishing. Learn more and decide if crowdfunding is the next step for your project! Justine Schofield is the development director at Pubslush, a global funding and marketing platform for the literary world. Connect with Justine on LinkedIn and follow @pubslush on Twitter.