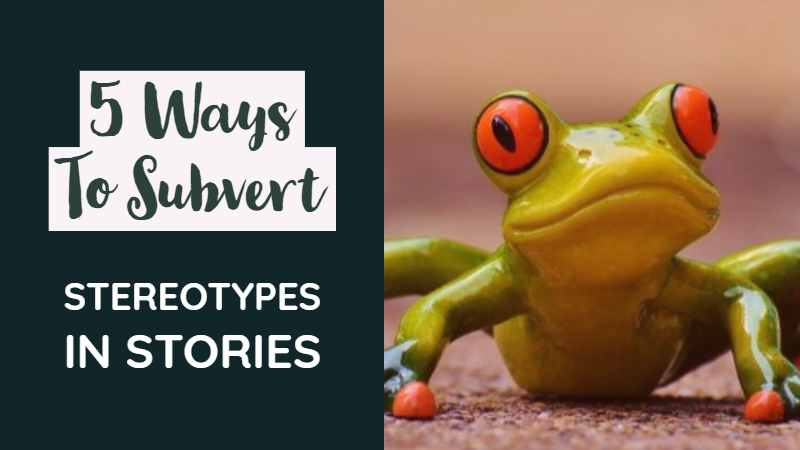 We have put together this post with five ways for you to subvert stereotypes in stories.

Haven’t I Read That Somewhere Before?

Recently I started working on an outline for a story about a detective. He is young, idealistic, ambitious. He is partnered with a new copy — who is older, cynical, resigned. I know what you’re thinking. ‘Isn’t that like every typical cop story?’ You wouldn’t be wrong.

It’s very easy to go with a stereotypical storyline or character — it’s easier and it feels familiar. But it’s probably what will see your novel in the slush pile. Complacency is deadly. Another writer asked me to read a scene she wrote. I had to point out it was the typical cruel father, abused son scenario.  ‘How do I change it?’ she asked. ‘Try harder,’ I said.

I guess it’s time I took my own advice.

One way to quite easily to turn a stereotype on its head is to switch the gender of your character. Instead of your lone male as a serial killer — what would happen if she was a popular young woman?

You could also go with the stereotype but give it a fresh tweak.  You start out writing about two single characters who meet through an online dating site — but end up not falling in love but becoming the best of friends.

③ Make the stereotype work for you.

I recently read a great story where the character was developed as a racist shop owner— but highly exaggerated and comical — so that it threw into relief the absurdity of prejudice and political correctness.

Let’s take the cruel-father/abused-son scenario. What if you use an unreliable narrator and make the son a pathological liar — so each time he tells the story it changes slightly.

If your story seems stale or a character a bit of a cliché — cut out pictures and words from magazines, and stick them randomly in a scrapbook. Take a pen and write some connecting words so that the pictures tell a story — no matter how bizarre or unlikely. This will get you thinking in a radical new way.

I haven’t yet found a way to answer my detective story dilemma — but I did come up with a villain who is not stereotypical and not what readers will expect. I’ve made some progress, but I’ll still have to sit and sweat it a bit more.

This article has 10 comments