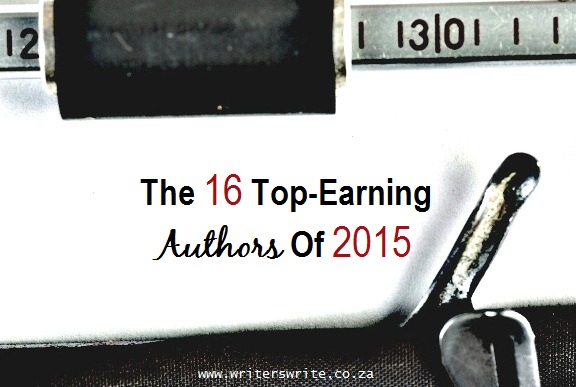 Young Adult authors are selling more books and making more at the box office than ever before. New authors in the top three are the YA favourites, John Green and Veronica Roth.

Green earned most of his money with sales of The Fault in Our Stars, which sold over 3.5 million copies in 2014, while the film grossed $307 million. His novel Paper Towns, has also been adapted for film.

Roth’s Divergent trilogy sold 3.9 million copies in 2014, with a surge in sales after the release of the film, Insurgent, which grossed $295 million.

Here is the list. If you want to see what some of the authors earnings are per page, click here. If you want to learn how to write a book, join our Writers Write course in Johannesburg. If you want a full brochure with venue details, times, and costs, please email news@writerswrite.co.za