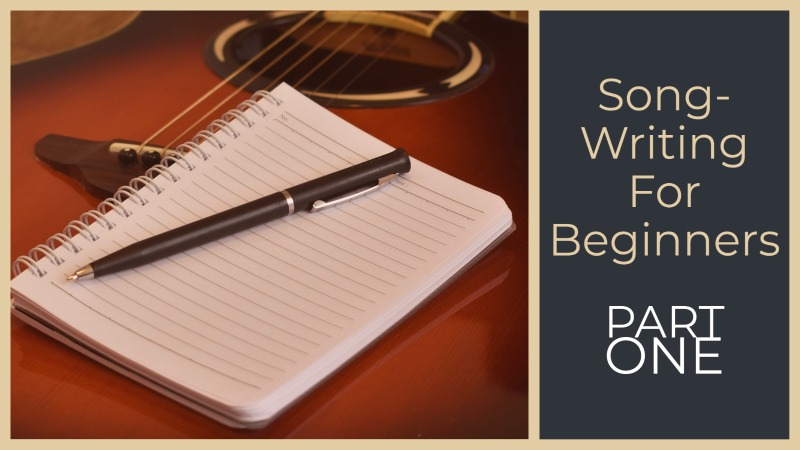 In the second post, we will deal with practical aspects of writing lyrics.

Songwriting is a lucrative, multi-billion dollar business. Written songs can be sold. Copyrights to existing works can also be exchanged or sold.

The most recorded and covered song of all-time (Paul McCartney/Yesterday) began with a simple line and tune: Scrambled eggs. While making breakfast, McCartney also made history.

Would you like to explore the business of songwriting? Could you write a hit single?

Here’s an exploration of basic songwriting theory for writers.

Genre is one of the first elements to choose.

A genre might have common chord progressions, rhythms, themes, and artists associated with it. While there are hundreds of genres, writers are encouraged to know theirs well.

Study genres, and study their roots. Directions such as country, blues, metal, rap, and kwaito are all diverse, but also all connected by their origin stories.

All About That Bass was authored by Kevin Kadish, but performed by Meghan Trainor. Bat Out Of Hell was written by Jim Steinman, but taken to stage by Meat Loaf. There’s also Prince, who wrote and performed Purple Rain, but also wrote Manic Monday, which was performed by The Bangles.

It’s a good idea to study songs and the people who wrote them. Once you’ve picked a genre, start your research, and make notes!

With fiction, expect to see parts like the beginning, middle, and ending. Songs are structured in different ways (and appear similar to poetry when written).

Songs can also include a pre-chorus or instrumental solo. The bridge doesn’t appear in all songs, but forms a ‘transition’ between sections.

Verse-Chorus-Verse is one of the most common songwriting structures. The chorus can also be first, like Ain’t No Sunshine or All About That Bass.

As a quick exercise, list three songs. Then answer two simple questions, with the help of the lyrics and a highlighter:

Almost every song in the world has a singular theme. The theme is almost guaranteed to appear in the title, be central to the chorus, and be mentioned in the verse.

Use this suggested technique for the start of every song. This way, it functions much like a traditional story outline. It is also easier for the songwriter to build from there.

A theme can lead to finding the right lyric, a catchy melody, or a great hook.

Songs and poems have a handful of elements in common. Rhyme is found in many songs and poems. Writers will also notice that rhyme doesn’t appear in all songs or poems (and does not always need to).

Do parts of your song rhyme, or not?

For finding the right rhymes, study language intensely. Classic writers, copywriting, other songwriters, and poetry are all useful teachers. Remember that songwriters should develop an aptitude for experimenting with language and words.

Lyrics and poetry are both reliant on rhythm. Rhythm is clear when these written forms are spoken, visualised, or added to music.

Even in songwriting for beginners, songwriters work in different ways. The decision to write music or lyrics first is an individual choice for every writer out there. Some don’t write music at all, but outsource this task to another artist or band member.

For songwriting, know at least the basics of song rhythm and time signatures. They will influence the direction of your songs.

For example, common time has four even beats, shown as 4/4.

YouTube videos offer new writers a fast way to learn. See An Introduction To Rhythm (The Improving Musician) or A Guide To Rhythm For Children (Talent Playground) for just two suggested starts.

Basic knowledge of music theory and chord progressions will be useful for songwriting. Refer to YouTube videos about theory, or consider at least one course.

As a songwriter, know that:

If the progression or chords are wrong, you’re writing a headache instead of a hit.

8. On Copyrights For Songs

Consider membership to an accredited songwriting organisation as an official start to your journey.

Songwriting copyrights are important when songs are registered, sold, performed, played, or recorded. Without registered copyright, songs are vulnerable to plagiarism (and its writers or artists to being exploited).

Membership guards your writing, and serves as an official record.

If one songwriter claims plagiarism, the legal question is almost always which artist can prove the first origin. It is only one way in which registering your songs can assist.

When songs are finished, remember to register each individual title as a completed work.

Songwriting strikes a chord for many artists and writers. Great songs change minds, influence moments, and might even sell for profit. The same can be said for great feature articles, or for great business writing.

Better songwriting takes research. One great song might take a hundred bad ones to finally show up. If you have the patience to find out, you might have a few hit songs to write.

This post is part of a Writers Write series on songwriting for beginners. Read Part 2 for more information on the practical aspects of writing lyrics.