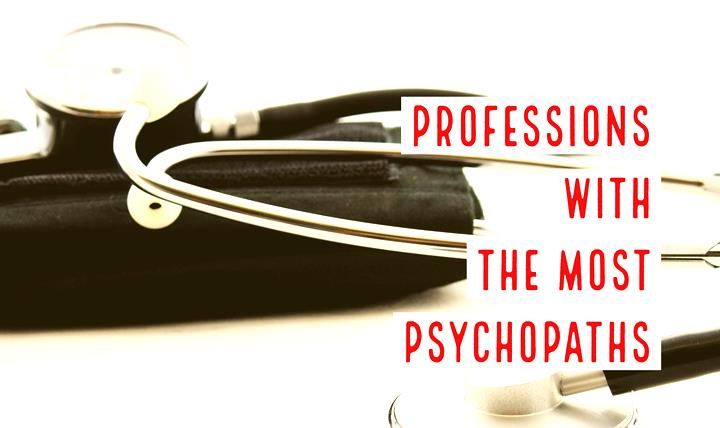 And the next thing that comes to mind is: Why?

Most of the professions on the right require human connection, dealing with feelings and most of them don’t offer much power. Psychopaths, by their very nature, would not be drawn to or very good at these things.

Most of the roles on the left do offer power and many require an ability to make objective, clinical decisions divorced from feelings. Psychopaths would be drawn to these roles and thrive there.