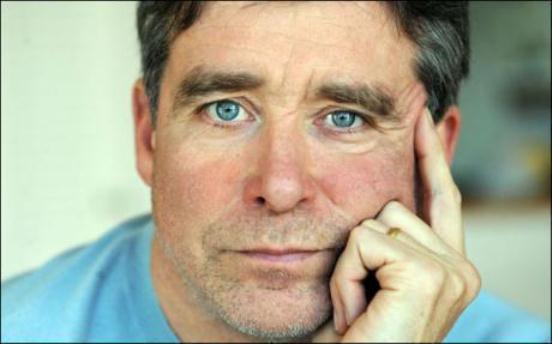 Raymond Carver was someone whose work was tremendously inspiring to me. So I felt very fortunate when I had a chance to meet him in 1980.
He convinced me that if I really wanted to write fiction I had to stop hedging my bets with jobs in publishing and journalism and make a real commitment, and the next year I followed him to Syracuse University, where he was then teaching in the creative writing program. Carver somehow convinced me to go for it, and convinced me that I had the right stuff—I’m not sure how he could have guessed that at the time, on the basis of a few early stories.
He was also influential in convincing me that the only secret to writing was to put in serious hours every day for years. I’d been under the thrall of a sort of romantic image of the writer as a genius who effortlessly produces masterpieces under the influence of a kind of divine madness. Carver convinced me that writing was 90% perspiration. He used to call me up every day to see if I had been writing. And I used to hear his typewriter every day, down the street, clacking away. That was almost as inspiring as anything he said.
He also reaffirmed my belief that good stories are made word by word; he would sit down with my pages and take each sentence apart, asking me, for instance, why I had used the word earth when the word dirt would do. I still hear his voice sometimes, chiding me for sloppy usage.
Studying with Carver was among the most important aspects of my development as a writer. I was lucky to find such a dedicated mentor.

Jay McInerney is an American writer. His works of fiction include Bright Lights, Big City, Ransom, Brightness Falls, and The Good Life.  He edited The Penguin Book of New American Voices, wrote the screenplay for the 1988 film adaptation of Bright Lights, Big City. He was the wine columnist for House & Garden magazine, and his essays were collected in Bacchus & Me and A Hedonist in the Cellar. He is now the wine columnist for The Wall Street Journal.