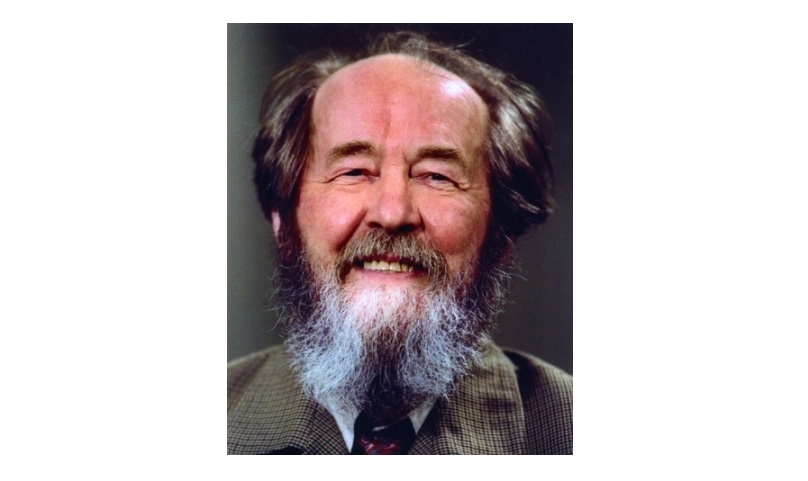 Aleksandr Solzhenitsyn was a Russian novelist, historian, and critic of Communist totalitarianism. His best known books are Cancer Ward, The Gulag Archipelago, and One Day in the Life of Ivan Denisovich

. Solzhenitsyn was awarded the Nobel Prize in Literature in 1970.

Source for Image / source for quotes