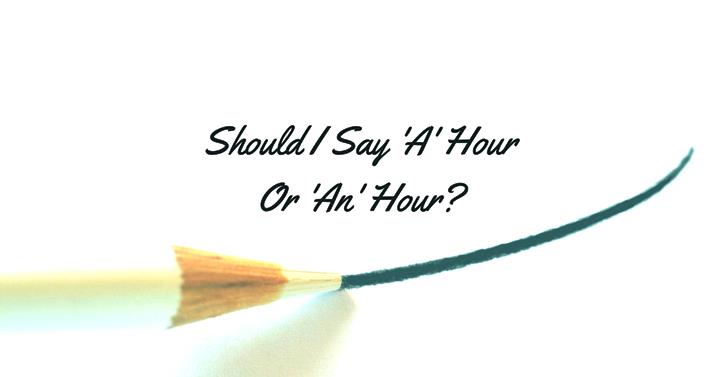 Writers Write is a comprehensive writing resource. In this post, we discuss if you should say ‘a’ hour on ‘an’ hour.

However, the way you pronounce it and not the spelling, shows you which one you must use.

You need to understand if the abbreviation is pronounced as a single word or letter by letter. If you enjoyed this article, read these posts: