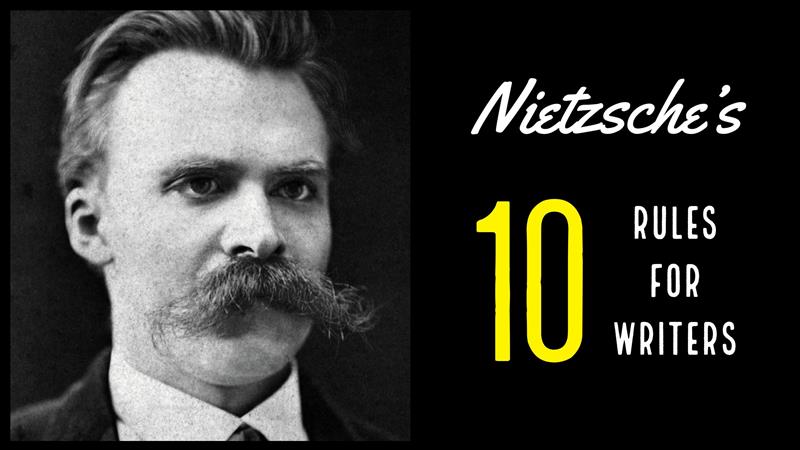 Friedrich Nietzsche was a German philosopher who was interested in the enhancement of individual and cultural health. He was one of the first existentialist philosophers along with Søren Kierkegaard.

Maria Popova at Brainpickings writes: “Between August 8 and August 24 of 1882, Friedrich Nietzsche set down ten stylistic rules of writing in a series of letters to the Russian-born writer, intellectual, and psychoanalyst Lou Andreas-Salomé.”

Lou Andreas-Salomé included his ten rules of writing in Nietzsche

– her study of Nietzsche’s personality, philosophy, and psyche. She grouped them under the heading ‘Toward the Teaching of Style’, and they are: