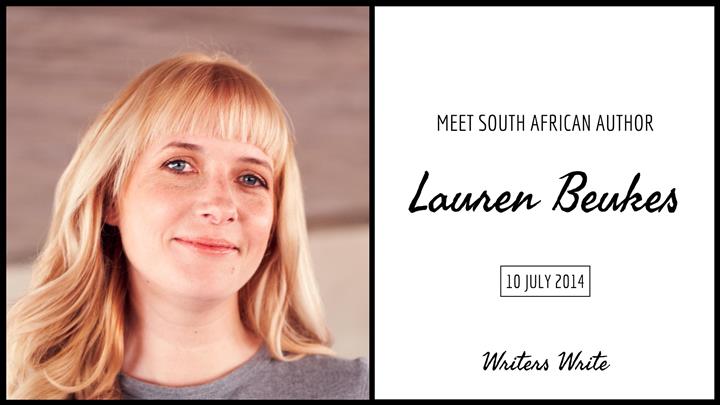 Lauren Beukes will be launching her new novel, Broken Monsters, which is being released 1 July 2014 in South Africa.

Her previous novels include The Shining Girls, Zoo City, and Moxyland. The Shining Girls, about a time-travelling serial killer, has received great reviews from The New York Times to The Guardian and made the Sunday Times best-seller list. The book was recently optioned by MRC and Leonardo diCaprio’s Appian Way. Zoo City won the Arthur C Clarke Award, and Moxyland is a dystopian corporate-apartheid political thriller.

As a screenwriter, Lauren worked on the satirical political puppet show, Z News and the travelogue of Archbishop Desmond Tutu: The South African Story. She’s written for Disney, and on South Africa’s animated TV series,URBO: The Adventures of Pax Afrika, which ran for 104 episodes from 2006-2009. She directed the documentary, Glitterboys & Ganglands in 2010. The film won best LGBT film at the San Diego Black Film Festival. She is currently adapting Zoo City. Books will be available for purchase from Random House on the evening. Drinks will be for your own account.