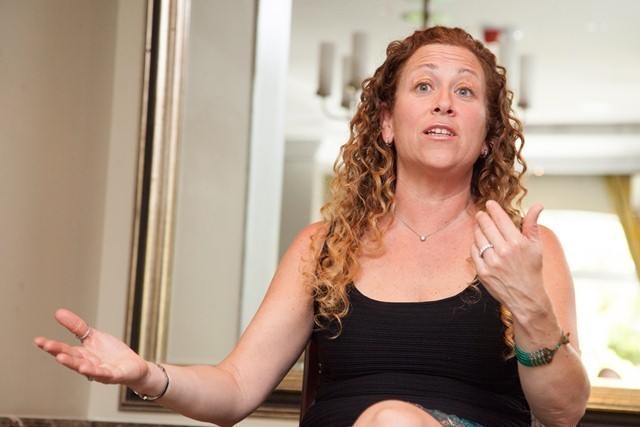 Writers Write creates writing resources, shares writing tips, and interviews authors. In this post, we share one of our interviews with Jodi Picoult.

Jodi Picoult was our first guest of 2013. She is the best-selling American author of 18 novels, including My Sister’s Keeper and Sing Me Home. Her last five novels have debuted at number one on the New York Times best-seller list.

Jodi was in South Africa to promote Lone Wolf, the novel that explores the thin line between medical science and moral choices.

I think most aspiring novelists will be happy to find out that it wasn’t easy to get there. Jodi first studied creative writing and had two short stories published while still a student. She worked as a technical writer, as a copywriter, as a textbook editor, and as an 8th grade English teacher, before achieving success as a novelist. She says she owes her success to determination and a wonderful husband who has supported her writing career. ‘I always say the miracle of my early writing career with three children under five years old, and writing a book a year, is that my husband didn’t divorce me.’

What is  the best book she’s written?

is her favourite book. She says she found it the most challenging to write. Jodi first got the idea for Lone Wolf speaking with a doctor on a plane more than 10 years ago. She asked him not to forget her because she wanted to write about brain injuries one day. When she called him, he mentioned that she’d done quite well for herself in the intervening years.

‘I go up to my office. It’s just two floors up in my house. I first deal with all my emails. I get about 200 emails every day and I answer all my fan mail myself. I don’t have an assistant. After that I work. I write until 15:30, and then I magically become a mom again.’

She writes five days a week, and takes weekends and school holidays off. Her mother and her agent are her first readers.

She mentions how hard she fought for the ending of My Sister’s Keeper to be the one she wrote when it was adapted for film.

‘The adaptation of that book was the worst experience of my writing career,’ she says. ‘I met with the film’s director, Nick Cassevetes, and he gave me his word. Then I got a phone call from someone in the industry who told me they had changed the ending. The director would not take my calls. I decided to visit the set. Needless to say, I was thrown off the set, and they filmed it with an ending I hadn’t written.’

Alice Hoffman is her favourite author because ‘she manages to write about love so beautifully’. Jodi Picoult is grounded, articulate, and determined. She has achieved success because she has worked hard.

Follow this link for more photographs from the event