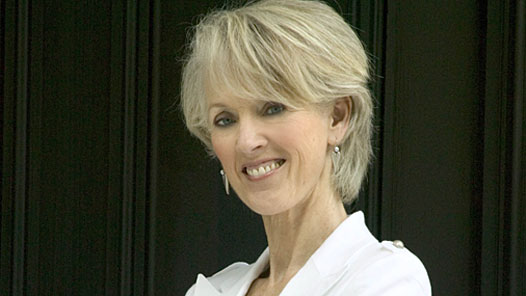 What has been the greatest writing influence for Joanna Trollope?

‘Simply – just life, I think. At certain stages – I’m sure this is true of everyone – a particular person or book or idea or movie can strike a huge chord, but, looking back, I can see a whole series of influences – personal, educational, social, professional, economic – that have shaped me rather than being able to point to one single colossus and say ‘It was him, or her’.
Very few writers can be said to be prophets, true inventors… We take the old human truths that Shakespeare and Sophocles described inimitably, and we re-interpret them for our own times, in our own voices, coloured by as it were, our own messages to the world.
The pen is there to illuminate, to describe the human condition in contemporary terms, to – in fiction’s case certainly, – describe ourselves better than anything else can – except for the simple struggle of just living life. Writers aren’t there to tell you what to think. They are there to beckon you into a book and join them in the thinking.’

Joanna Trollope is the British author of many highly acclaimed best-selling novels including A Village Affair, The Choir, and The Rector’s Wife

. She has also written a study of women in the British Empire, Britannia’s Daughters. Joanna was appointed OBE in the 1996 Queen’s Birthday Honours List. She chaired the Orange Prize for Fiction 2012.