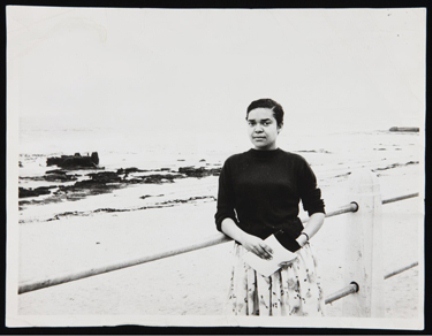 Bessie Head was one of Southern Africa’s most well-known authors. She was born in South Africa. In 1950, at the age of 12, she was removed from the woman she believed to be her mother and sent to St. Monica’s Diocesan Home for Coloured Girls. She spent six years at the Home, where she was encouraged to read and study for the first time. In 1951 she was told that she was the child of an ‘insane’ white woman and an unknown ‘native’ man. Her resulting struggle with issues of identity is reflected in her writing. She is considered Botswana’s most influential writer and one of Africa’s most respected writers. She wrote A Question of Power