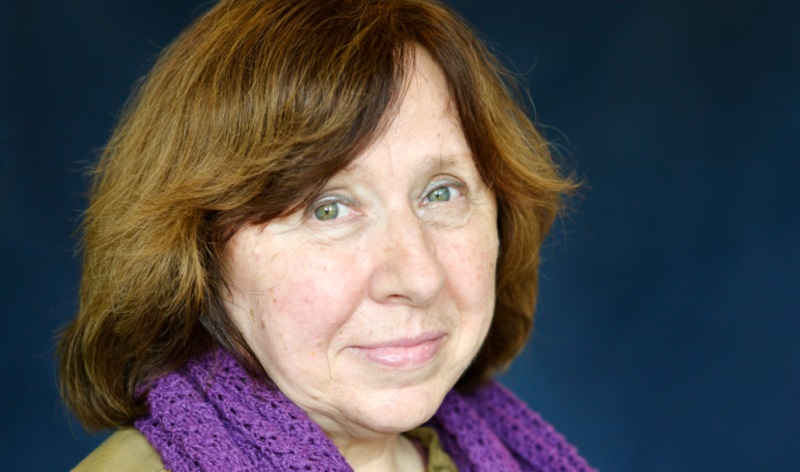 Svetlana Alexievich is a Belarusian investigative journalist and non-fiction prose writer who writes in Russian. She was awarded the 2015 Nobel Prize in Literature. She is the author of Voices from Chernobyl: The Oral History of a Nuclear Disaster