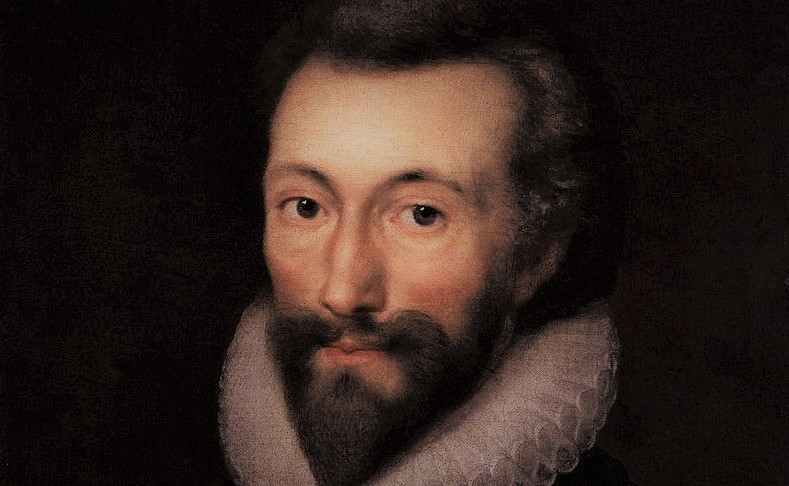 John Donne was an English poet of the Metaphysical school. He was also a cleric in the Church of England. His works include sonnets, sermons, love poems, religious poems, epigrams, songs, elegies, and satires. His poetry is noted for its vibrancy of language and inventiveness of metaphor, especially compared to that of his contemporaries.
According to Encyclopaedia Britannica, his ‘poems develop as closely reasoned arguments or propositions that rely heavily on the use of the conceit—i.e., an extended metaphor that draws an ingenious parallel between apparently dissimilar situations or objects. Donne, however, transformed the conceit into a vehicle for transmitting multiple, sometimes even contradictory, feelings and ideas. And, changing again the practice of earlier poets, he drew his imagery from such diverse fields as alchemy, astronomy, medicine, politics, global exploration, and philosophical disputation. Donne’s famous analogy of parting lovers to a drawing compass affords a prime example.’
Donne is often considered the greatest love poet in the English language. The first two editions of Donne’s Poems were published posthumously, in 1633 and 1635.