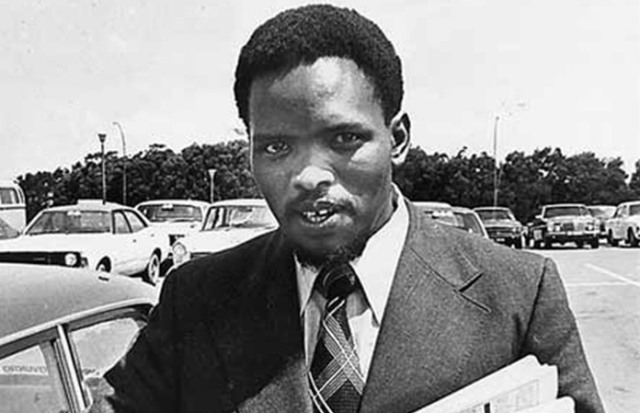 Steve Biko was an anti-apartheid activist in South Africa in the 1960s and 1970s. He founded the Black Consciousness Movement, which empowered and mobilised the urban black population in the country. After being tortured and beaten by state security officers, he died of a massive brain haemorrhage on 12 September 1977. His words are collected in I Write What I Like: Selected Writings  and The Testimony Of Steve Biko: Black Consciousness in South Africa.