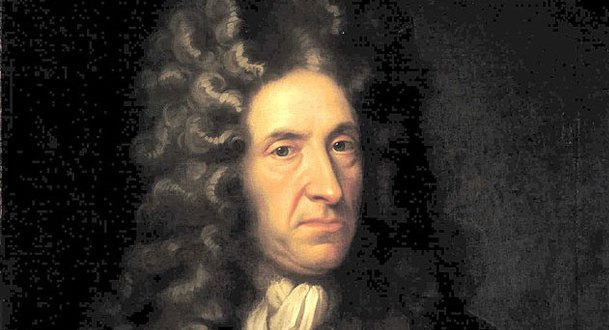 Daniel Defoe was an English trader, writer, journalist, pamphleteer, and spy. He is most famous for his novel, Robinson Crusoe

. Defoe helped to popularise the novel in Britain. He wrote more than 500 books, pamphlets, and journals on various topics, including politics, crime, religion, marriage, psychology, and the supernatural. He was also a pioneer of economic journalism.