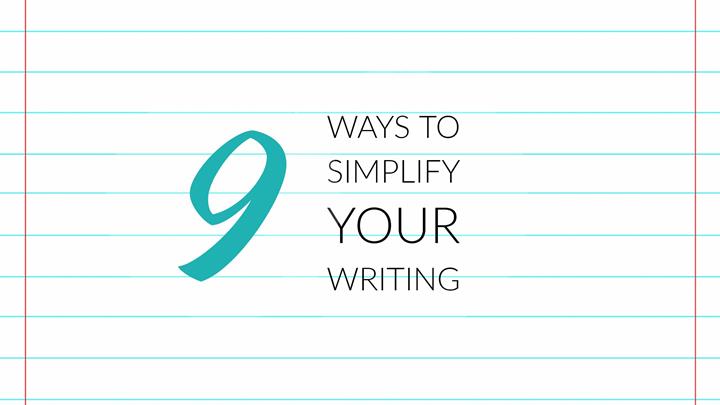 Writers Write is a plain language writing resource. In this post, we give you nine easy ways to simplify your writing.

9 Easy Ways To Simplify Your Writing

If you want to improve your business writing, buy The Complete Grammar Workbook.