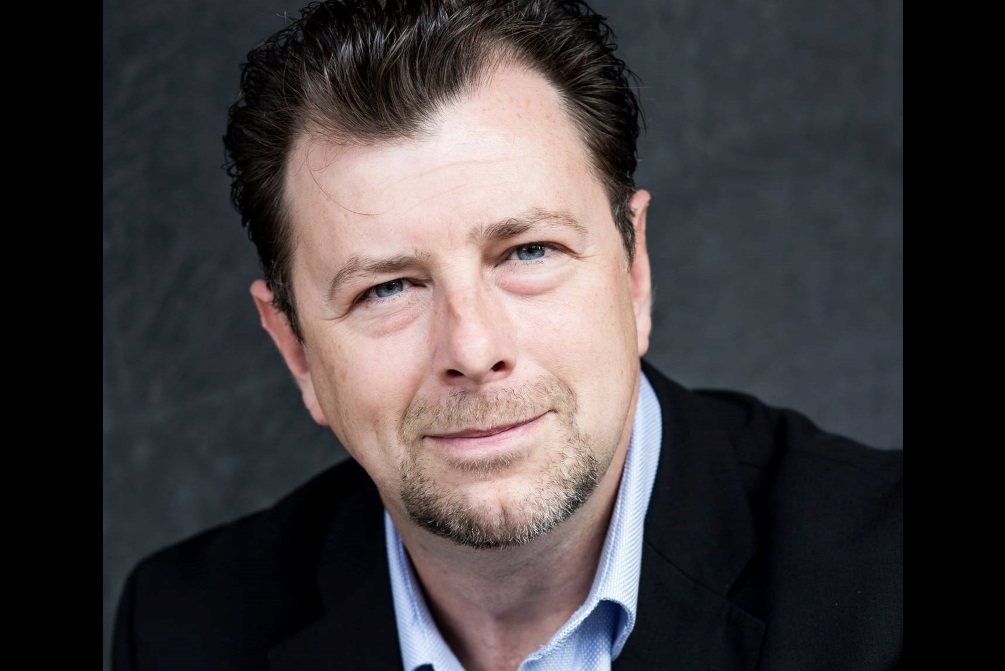 In this post, we share our interview with Conn Iggulden, the English author of many historical fiction series.

Conn Iggulden is an English author. He is one of the most successful authors of historical fiction writing today. He is the author of Stormbird and Margaret of Anjou, the first two books in his superb series set during the Wars of the Roses. His previous two series, on Julius Caesar and on the Mongol Khans of Central Asia, describe the founding of the greatest empires of their day and were number-one bestsellers. Conn Iggulden lives in Hertfordshire with his wife and children. The Gates of Athens, his latest book, is the first in the new Athenian series. 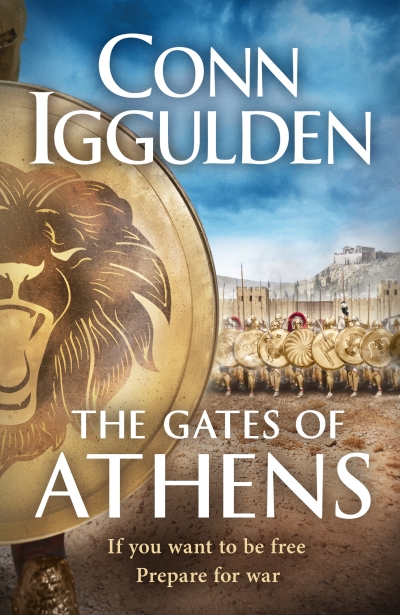 1.   Who is your favourite hero of fiction?

Hornblower by C.S. Forester. He’s one of the first characters I ever read that really worked. From his love of mathematics and Bridge, to being utterly tone deaf and regularly seasick, he is self-doubting, patriotic, determined, fiercely brave, and so well-realised. He stayed with me ever after. He also reminded me of my father, who was a maths teacher, a pilot, and a Star Master at Bridge. As I say, Hornblower felt real.

2.   What is your most treasured possession?

My wife gave me a silver Yard-O-Led fountain pen when we were both eighteen. It was stolen a few years later in the pannier of a moped I owned. I spent a week talking to local people and criminals, tracking it down. I knew I’d never get the moped back, but I said I just wanted the pen, that it was important to me. In the end, I had to give up. The following day, I was standing in the street when a complete stranger walked past and said “I think this is yours”, handed it to me and walked on.

3.   Which living person do you most dislike?

I would never let him know I’m coming for him. I am though. One day, when he least expects it.

, Winston mentions his greatest fear is rats – so the Room 101 torture devised for him is a cage around his head with rats in. My greatest fear is being forced to eat a dry-aged 32oz porterhouse steak.

5.   Who or what has been the greatest love of your life?

Well, obviously I could say the wife, or books, or the great stories of history and the examples therein. Or words perhaps. The truth is, it’s probably the land itself, odd as that may sound. Along with the culture and the people. I feel a connection to it, whether I’m wandering the South Downs, or sitting on a peak in the Brecon Beacons, or even enjoying a meal in a restaurant. It’s unfashionable to say it, but I like it here.

6.   What is your greatest regret?

When I was about twelve or thirteen, my older brother David was in the Merchant Navy. He said to my parents, something along the lines of ‘Give me the boy for just a year and I’ll make a man of him’. My parents were keen. I said: ‘No chance. Definitely not. I am not going.’ It would have changed my life, without a doubt. For me, it’s what Terry Pratchett called ‘The other trouserleg of time’ – I can’t go back and try it. In my twenties, I did sail with David for three weeks on a tall ship called The Soren Larsen, from New Caledonia to Auckland. He was second mate and taught me bowlines and a little navigation. That was a superb experience.

7.   If you could choose to be a character in a book, who would it be?

Obviously someone with unusual abilities. I’d be a fool to choose someone ordinary, unless it was to see an extraordinary life. Sherlock Holmes, probably. Intelligence-as-superpower fascinates me. I am not a genius, unfortunately. Genius is astounding, where you just can’t see how it’s done. I like the idea of that. Also, a mind palace of memory would be good. I might remember where I put my keys, then.

8.   Which book have you read the most in your lifetime?

I’ve read every David Gemmell book more than once. In the beginning, it was because I loved them. I also realised there was something about his writing style that would make me mist over and start thinking of plots and characters. Something in his text would trigger an association and lo, ideas crawled out of the subconscious, newborn and wet. In terms of actual re-read numbers: Midshipman’s Hope by David Feintuch is my comfort book. I’ve read it six or eight times and come to think of it, perhaps it’s time for another go. Like Hornblower, Nicholas Seafort just works as a character, ringing some sort of bell for me. Plots are important, but it’s characters that stay with you.

9.   What is your favourite journey?

It’s been a while, but I used to get in the car at Eastcote, Middlesex, where I grew up, and drive to the A40. It’s possible then to just stay on that single road until you reach Wales and see the Brecon beacons on your left. I used to park the car by the side of the road and take camping equipment up there. I took my son once, as well. It is a holy place for me, which sounds like an exaggeration, but isn’t.

10. What is your favourite quotation?

It changes. Words have huge power over me. I can be moved to tears by a good line – by Tennyson’s ‘Crossing the Bar’, or ‘Break, Break, Break’, for example. “O for the touch of a vanished hand and the sound of a voice that is still.” The latest Poet Laureate, Simon Armitage, is superb – a real national treasure. His poem ‘Solitary’ is worth looking up.

Easy question. Dogs. I have three. Two of them are great – the last is a terrier who just sneers at me.

Being interested in conversation. I am not a silent man. I talk, all the damn time. A friend content to sit in silence could not be friends for long. I’d drive them crazy. My best friend can match my nattering on and sometimes we spend hours and hours just talking, thinking, laughing, teasing ideas out and testing them. That’s fun for me. With wine or gin.

13.  What quality do you most admire in a woman?

They tend to enjoy conversation, women. I like that more than anything.

14.  Which book that you’ve written is your favourite? Why?

I am delighted to be writing about ancient Athens and Sparta – at last. It feels like coming home. Or perhaps The Dangerous Book for Boys, as I wrote it with my sons. These things matter to me.

15. What are your favourite names?

Well, I like ‘Caesar’ which would have been pronounced ‘Kaiser’ in Rome, and was still being used to mean leader by 20th century Germany – and the Czar in Russia, for that matter. I like ‘Genghis’ as it meant something like ‘oceanic’ as he was the khan of the sea of grass, his real name being Temujin. That also reminds me of Vercingetorix of Gaul. I remember my delight in realising his name was actually Cingeto – that ‘Ver’ and ‘Rix’ were both titles, meaning ‘Over all’ and ‘King’.

Apart from Lockdown Netflix? Reading, writing, some woodwork, though it tends to be replacing skirting boards these days, where once it was walking sticks and carving. I stopped Tae Kwon Do when I tore a hamstring, broke my foot, and dislocated my kneecap.

18.  Where do you get your greatest ideas for writing?

History. This very day, I’m writing a Greek fleet attack on Cyprus, after Athens was burned twice. I have members of the Persian royal family on the island and a Spartan fleet commander who is about to make a terrible mistake. I forget who said it, but the reason I learn from the past is that there is nothing else to learn from.

19. What is your writing routine?

I used to have a complex routine that involved me staying up to 4am. That changed with Amazon, three dogs, and four kids – these days, someone always wakes me up. (This morning it was the discovery that the hamster has gone missing and the desperate struggle to restrain the terrier before he could find it). These days, I get up at a normal morning hour, write until four or five in the afternoon, and then drink Gibson martinis. I like the little onions in them. I refuse to go to my grave with the perfect liver of a twelve-year-old boy. Mine will be on its last breath around the same time I am.