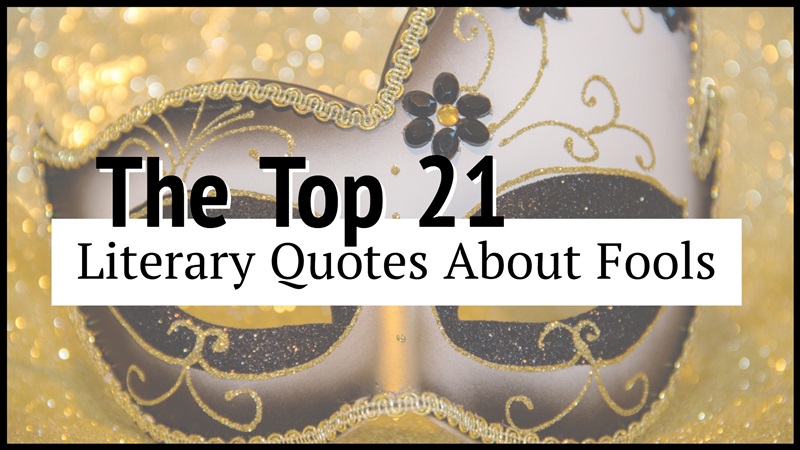 April Fool’s Day occurs on 1 April every year. The day is celebrated in countries that take their traditions from the United Kingdom.

There are no facts about its origins, but it is a day when people play practical jokes and hoaxes on each other.

The Top 21 Literary Quotes About Fools