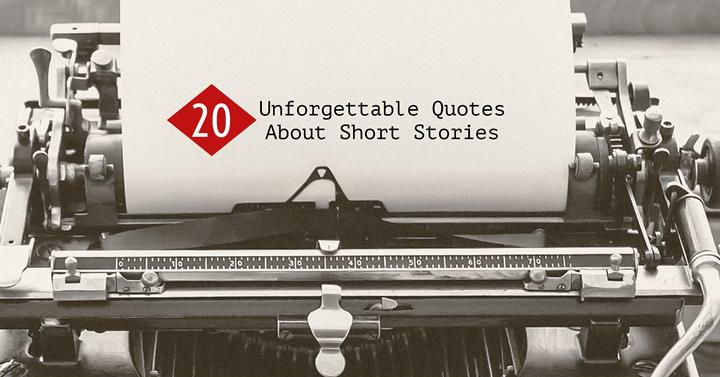 Writers Write is a comprehensive resource for writers. In this post, we share 20 unforgettable quotes about short stories.

A short story is a piece of fiction that can be read in one sitting. Although it is different from a novel, people who write them use the same  literary techniques to create a good story.

Many people think that short stories are an apprenticeship for longer works, but I think it’s a craft that needs time and skill to perfect.