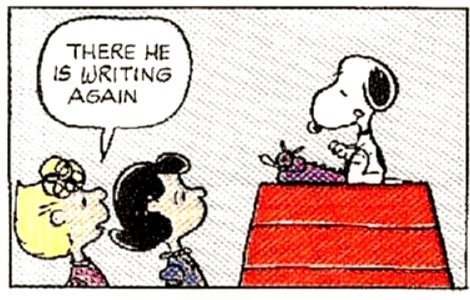 The 7 Habits Of Highly Effective Writers

Have you ever wondered why some people write easily and fluently, while others struggle and strain as if trying to squeeze a 185-lb body into a size six pair of jeans?

In 30 years at this trade, I’ve noticed that effective writers tend to share seven traits. So, with apologies to Stephen Covey, here is my list.

1) Separate the writing and the editing processes. When they write, they write, not worrying about the quality of their work. Writer/director Cecil Castellucci says: ‘The best flowers are fertilised by crap.’ Remember this and give yourself permission to write a crummy first draft. Editing is a job for later. That’s when you’ll have plenty of time to rearrange big chunks of text, monkey around with sentence structure, obsess over word choice and fix punctuation.

2) Focus on the interesting. Effective writers (and speakers) always tell lots of stories. If they have to communicate something ‘theoretical’, they illustrate it with real life examples and anecdotes. They know that human beings don’t just crave food—they are also starved for stories.

3) Tap into the power of metaphor. As metaphor expert Anne Miller likes to say, ‘metaphors lead to instant understanding’. There are at least three metaphors in this article (can you find them all?)

4) Do adequate research. There is nothing more painful than trying to write when you have nothing to say. Effective writers understand that good research is all about asking interesting questions—of themselves, of the books, Web sites and reports they read and of anyone they interview. And this needs to be completed before any writing can begin.

5) Learn from the writing of others. Effective writers understand that they are lifelong apprentices. They learn by reading—constantly. Note: this is not just passive, flip- through-a-thriller-while-sitting-on-the-pool- deck kind of reading. This is active sit-up-and-pay-attention-to-technique dissection—similar to what a scientist would do in a lab. You won’t want to read this closely all the time, of course (it’s work—although fun work, to my mind). But effective writers do some of this every week.

6) Write in small bursts. Creative work doesn’t require oodles of time. That first draft you need to write? It’s best done in dribs and drabs, a little bit at a time. Instead of procrastinating, effective writers persuade themselves to write a little each day, no matter how frazzled and frantic they feel. (Editing, on the other hand, usually needs space, time and quiet.)

7) Read their work out loud. Language isn’t just meaning—it’s also music. The most effective writers can often be found sitting by the computer keyboards, madly whispering to the screen, repeating their words back to themselves. Yes, it looks kooky and co-workers may become alarmed. But effective writers don’t care. They do it because it works.

A former daily newspaper editor, Daphne Gray-Grant is a writing and editing coach and the author of 8 Steps to Writing Faster, Better. She offers a free weekly newsletter on her Web site the Publication Coach. This story first appeared on PR Daily in August 2011.