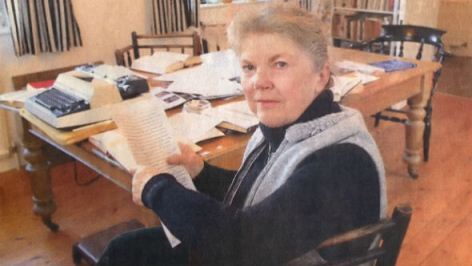 Joan Aiken was an English writer who had her first stories broadcast by the BBC in 1942. She wrote for Vogue, Good Housekeeping, Vanity Fair, and many other magazines. Aiken published over 100 books for both adults and children, including The Wolves of Willoughby Chase. She received the Guardian and Edgar Allan Poe awards and was awarded an MBE in 1999 for her contributions to children’s literature.