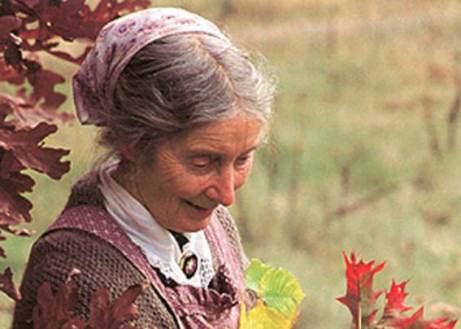 Tasha Tudor was one of America’s best-known and beloved illustrators and authors. Her first little story, Pumpkin Moonshine, was published in 1938. She illustrated nearly 100 books, the last being the 2003 release, The Corgiville Christmas. She believed she had lived before, in the 1830s and lived on a Vermont farm wearing 1830s dresses, spinning wool, raising goats, and cultivating a lovely garden.